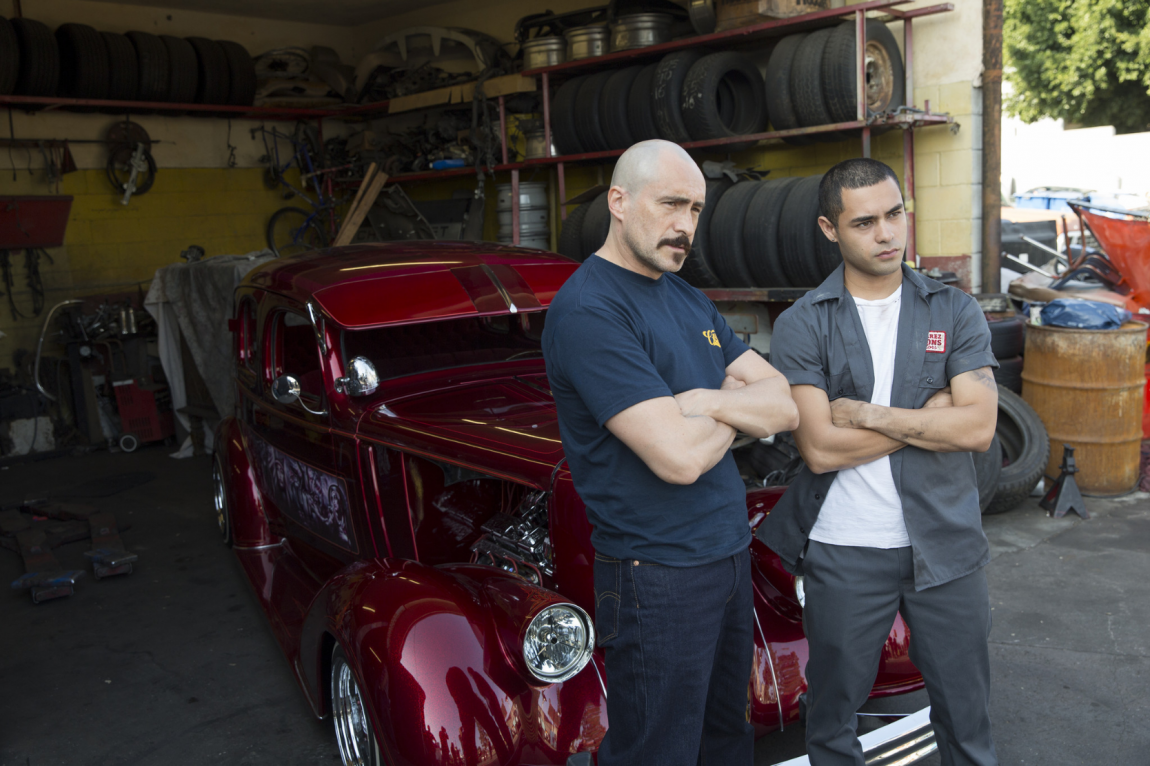 BY GENNA RIVIECCIO| The history of the lowrider car belongs to L.A. Specifically the youths of the barrio that would often take sandbags and put them in their trunks to get the desired effect, starting in the late 1940s and reaching new heights (or lack thereof) in the post-war 50s. This era of America, with its boat-sized cars, made the Mexican-American youths of Los Angeles want to truly ride “slow and low” to showcase the beauty of the machinery.

As Hollywood continues to admit to its need to diversify and tell stories about cultures and subject matters so long unaddressed, the arrival of “Lowriders,” directed by Ricardo de Montreuil, comes at a particularly poignant moment in time. The stereotype of the lowrider car has, as you’ve probably already preconceived, usually been one associated with crime, gangs and a generally menacing aura. The intent behind this unprecedented film is to debunk the myths that have so long surrounded lowrider culture.

With help from the two executive producers, Cartoon a.k.a. Mark Machado and Estevan Oriol, that have given their decades of insight on the matter, de Montreuil has brought us the first major film to put a positive and historical spin on the lowrider life. Centered around the plot of a young street artist named Danny (Gabriel Chavarria), “Lowriders” tells a common coming-of-age tale – one in which the protagonist fights against acknowledging his heritage while struggling to come to terms with it. His lowrider-obsessed father highlights the rich and longstanding history of this element of Mexican-American tradition. And yet, as de Montreuil states, “A lot of times you run from your background because you don’t want to be associated with it. The beautiful irony of it is that when you grow older, you realize that the most valuable thing you own is who you are and where you come from.”

And, more often than not, the only reason you don’t want to be associated with is because of the uninformed masses who want to judge and brand you as something you’re not based on a falsely negative archetype. Hopefully, “Lowriders” will aid in working toward a more appreciative perception of this unique vehicle, an artform in cultivation and upkeep unto itself.