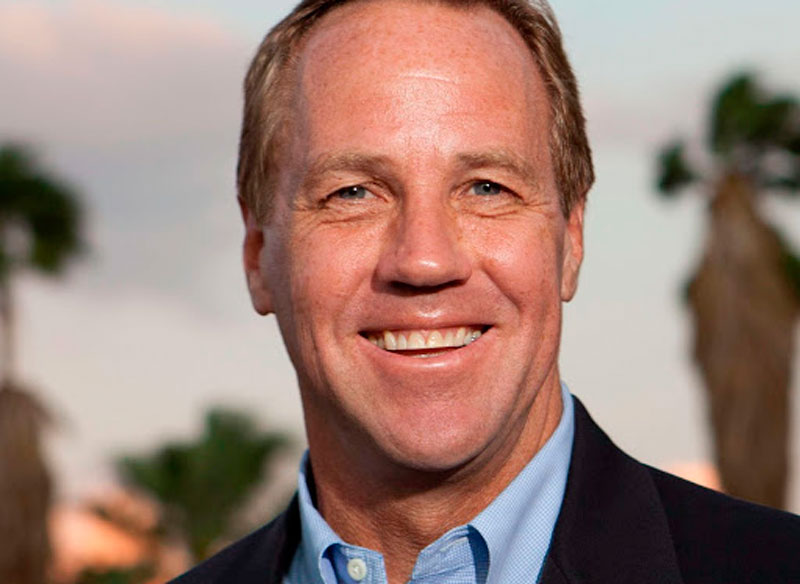 BY KAREN OCAMB | The long Palm Spring sun seems to be setting on Steve Pougnet, the one-time fair-haired gay politico who served two terms as mayor and vigorously but unsuccessfully ran for Congress against Mary Bono in 2010. On Thursday, the Riverside County District Attorney’s Office filed a criminal complaint alleging that Pougnet took $375,000 in bribes from two real estate developers in exchange for favorable votes for the two years between September 2012 and September 2014.

Pougnet, 53, is being charged with nine counts of receiving bribes, eight counts of conflict of interest as a public official and three counts of perjury, according to extensive reporting by the Desert Sun.  District Attorney Mike Hestrin also said that developers John Wessman and Richard Meaney were each charged with nine counts of offering a bribe and all three are charged with conspiracy to commit bribery. Pougnet faces a possible maximum sentence of 19 years in state prison if convicted on all charges. If they are convicted, Meaney, 51, and Wessman, 78, could each face a potential 12 years in state prison.

“Richard Meaney and John Wessman were working together to bribe the mayor, so the money was obviously traveling from the developers to the mayor,” Hestrin told reporters. “This is a large amount of money that was paid to the mayor for his influence on the City Council.”

The scheme was complicated, but, Hestrin said, “It’s pretty brazen and pretty obvious once you scratch the surface.” The corruption charges send the message that “everybody deserves fair, open and honest government.”

The initial investigation was prompted by a Desert Sun story looking at ties between Pougnet and Meaney. That lead to a shocking Sept. 1, 2015 raid on City Hall by FBI, IRS and DA agents, who also raided Pougnet’s Palm Springs house. Pougnet asked the public not to rush to judgment and let the investigation run its course. He left office shortly after the Palm Springs Pride parade that year.

Pougnet is currently living in Colorado with his husband and two children but intends to appear in Riverside court next week, according to his attorney who issued this statement on Thursday:

“Steve Pougnet is very proud of his service as Mayor of Palm Springs. He always worked with the best of Palm Springs in trying to rebuild the downtown.  He made all the financial disclosures required of him. In the final analysis, although no one likes being charged with a crime he welcomes the opportunity to demonstrate that he did nothing wrong.”