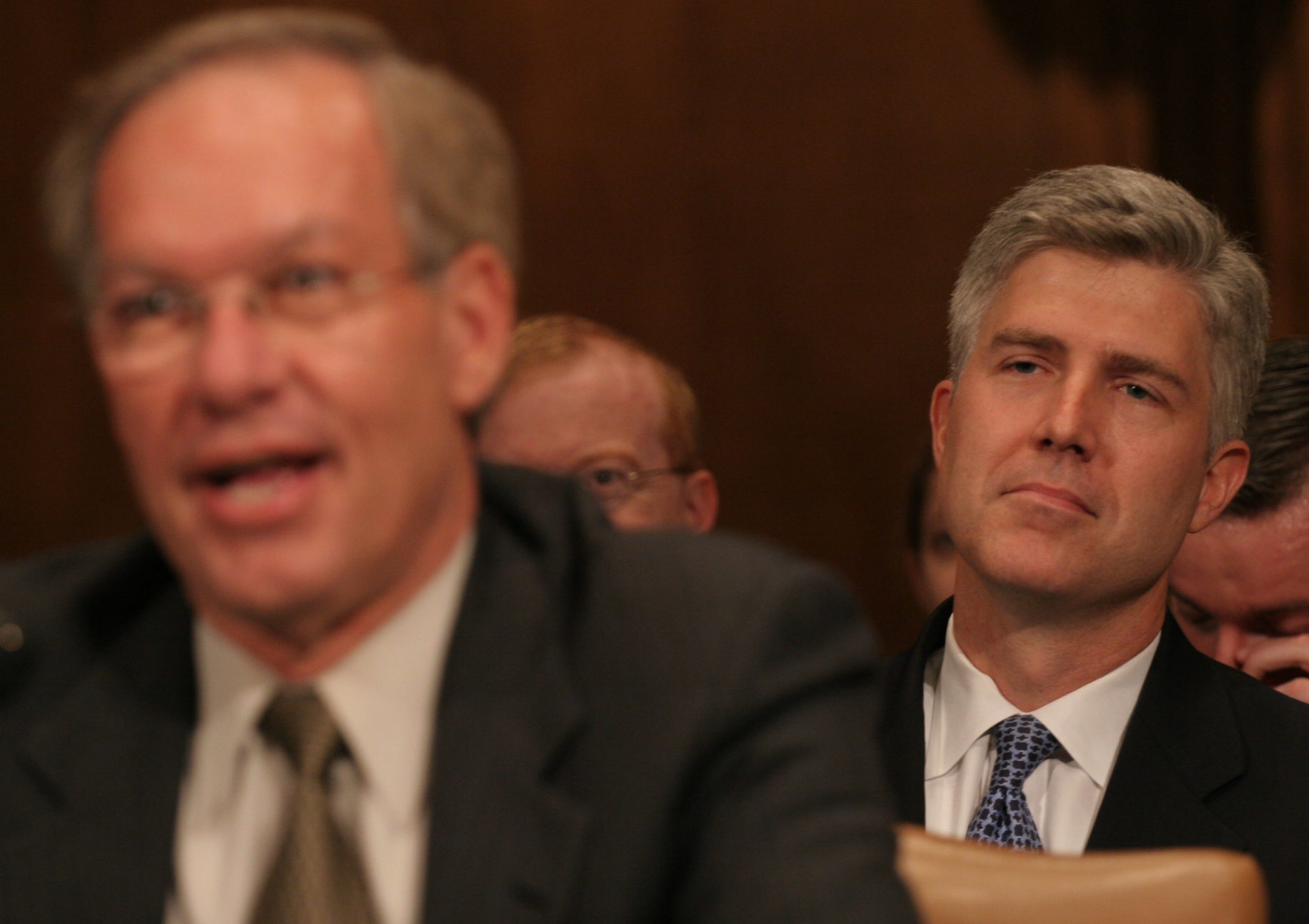 Though Scalia died in February 2016, Republicans successfully prevented President Barack Obama from naming his successor. Obama had selected Merrick Garland to replace Scalia but Republicans in the Senate refused to consider him, fearing the loss of a conservative seat on the court.

Gorsuch is a social conservative who authored a book that argued against legalization of assisted suicide and euthanasia.  He sided with religious employers seeking to limit their employees’ rights to birth control coverage in the lower court decision in Hobby Lobby, and, in greater context, fought against the federal health care law’s birth-control mandate.

Gorsuch was also outspoken against the Obama administration’s enactment of progressive labor and environmental executive orders and grew almost singularly focused on preventing federal agencies from having any independent ability to interpret or to enforce them.

Gorsuch is, in part, the perfect neo-con response to the question of executive orders and whether the executive — Obama — exceeded appropriate bounds that should be reined in by the courts. Trump may not have considered his own potential future need to exert executive authority when he encounters an obstructive legislative branch.

Such a profile could be seen as consistent with the Trump doctrine of keeping agencies in check and limiting the scope of their reach.  Trump has so far chosen critics to lead government agencies, many of whom are opposed to the very function and missions of the agency they will run.  Obama administration cabinet members, Trump supporters like to point out, issued over 97,000 pages of regulations in 2016 alone, all of them requiring agency enforcement and interpretation.

While Gorsuch’s selection is clearly a slap in the face to women’s reproductive rights, workers rights and environmental laws and regulations, the impact on LGBT rights is embedded in those arguments.

Gorsuch’s opposition to the ability of agencies to interpret the scope of their power and reach is a warning shot to LGBT advocates who have by necessity come to rely — in some instances — on agencies of government for enforcement.

Gorsuch’s Hobby Lobby decision is also a clear signal of support from Trump for Religious Freedom Bills championed by some conservatives, pioneered by Vice President Mike Pence. Such bills seek to shelters corporations and, in certain instances, citizens, who wish to discriminate against individuals who they deem a burden to their exercise of religious faith (the instance of a baker being forced to create a wedding cake for a same-sex couple is the most famous and benign argument).

The threat to LGBT rights is not unlike the threat posed by Justice Antonin Scalia, whom, if Gorsuch is nominated by Trump and approved by Congress, he would replace.

However, some argue the threat may be greater since Scalia was not opposed to the Chevron rule, which allows agencies the power of rule making and enforcement.

University of Denver law professor Justin Marceau told the Denver Post that “Gorsuch would be Scalia’s ‘intellectual equal and almost certainly his equal on conservative jurisprudential approaches to criminal justice and social justice issues that are bound to keep coming up in the country,’ although Gorsuch may not be as ‘combative’ as Scalia was on the court.”

Gorsuch was appointed to the 10th Circuit Court of Appeals by President George W. Bush in 2006. Previously he was a Marshall Scholar at the University of Oxford, graduated from Harvard Law School, clerked for prominent conservative judges (Judge David Sentelle of the U.S. Court of Appeals for the District of Columbia Circuit, as well as Justices Byron White and Anthony Kennedy of the Supreme Court), and was a high-ranking official in the Bush Justice Department before his judicial appointment.