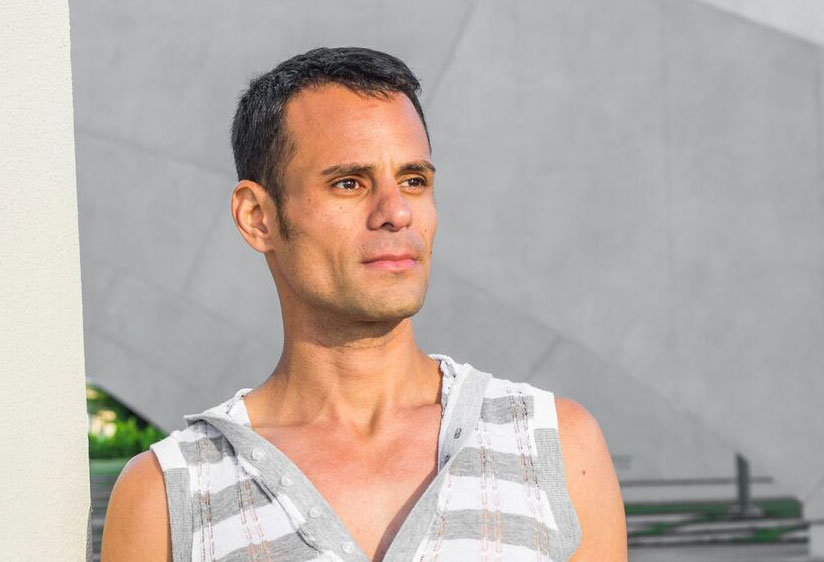 BY MATTHEW S. BAJKO  |  A jury trial kicked off this week in a San Diego federal courtroom that could impact how local police departments throughout California enforce nudity laws at various community events, such as LGBT pride festivals, and outdoor gatherings.

At the heart of the lawsuit are allegations that San Diego police use different standards when enforcing the city’s rules governing public nudity depending on the venue. It stems from an incident at the 2011 San Diego Pride festival where police cited Will X. Walters, a gay San Diego resident, for violating the nudity rules.

Walters’ attorney, Chris Morris, has argued that the police applied a separate, more restrictive, standard of enforcement of the city’s nudity ordinance at the annual LGBT Pride festival than used at straight events, such as beach athletic tournaments and the city’s world-famous Comic-Con event, which feature women in scanty outfits.

In his opening remarks Tuesday, Morris told the eight-person jury that the evidence in the case “will show Mr. Walters was treated differently,” by the police “because of who he was, where he was and what he represented,” according to local media reports.

Deputy City Attorney Stacy Plotkin-Wolff countered that Walters wasn’t the only person asked to cover up at that year’s Pride event. As local media reported, she told the jury that the police also approached a man wearing chaps and exposing his buttocks and a woman without a shirt wearing pasties who both agreed to cover up.

The legal case has been winding its way through the courts since 2012, when Walters first filed a complaint against the city, several police officers, and Pride organizers. In March 2013 San Diego Pride’s motion for dismissal was granted, and Walters amended his complaint.

In 2014, U.S. District Judge Cathy Ann Bencivengo ruled in the city’s favor, and Walters appealed to the 9th U.S. Circuit Court of Appeals. A three-judge panel on the appellate court overturned her decision this past April and sent the case back for a jury to decide if the San Diego police had violated Walters’ 14th Amendment right to equal enforcement of the law.

He is also seeking unspecified damages for emotional distress, as he was diagnosed with post-traumatic stress disorder following the incident. According to his lawyer, Walters has incurred $1 million in legal fees in pressing his case.

Walters, 35, told the B.A.R. that the last five years “honestly, it has been rough.” Most of his focus has been on an organization he started, Free Will USA.

“Right now I do the best I can fighting for civil rights here,” said Walters.

He had attended both the 2011 Pride parade and the ticketed festival area adorned in a custom-tailored, fine-leather gladiator kilt and upper-torso leather harness outfit, which included thong underwear beneath. He had worn the same outfit, which cost him $1,000, the year prior without incident.

But while inside the gated festival area’s beer garden in 2011, Walters was approached by San Diego police Lieutenant (now Captain) David Nisleit and told his outfit was not compliant with the city’s dress code because his buttocks were visible. Walters disputed that his outfit was an issue and told the officer to either cite him or leave him alone.

Nisleit then left but returned a short while later with several other police officers and told Walters he was going to cite him for his outfit. Walters claims a female officer then grabbed him from behind and led him out of the beer garden and just outside of the festival area.

“Another officer told me, ‘You are under arrest because of your outfit. You are naked in public.’ I was blown away; I didn’t even know what that meant,” recalled Walters, who asked the officer why he needed to cover up.

Eventually, the police told him they would cite him and he would then be free to go on his way, said Walters. But when he refused to sign the citation without being able to read it, he was arrested.

Walters insists he was arrested for violating the nudity laws, while San Diego officials have claimed it was because he wouldn’t sign the citation. In an emailed statement to the B.A.R., Executive Assistant City Attorney Paul E. Cooper stressed that the lawsuit isn’t a criminal case as his office declined to press charges against Walters.

Cooper added, “We still haven’t seen any evidence to support the claim of inequitable enforcement. Plaintiff was not prosecuted for anything and was arrested only because he refused to sign the ticket promising to appear.”

The trial is expected to last at least a week. Should they prevail over the city, Morris told the B.A.R. it could have a statewide impact.

“In smaller communities they may take their nudity codes and make them more stringent for gay Pride events. If we can get a court to say, ‘No, you can’t do that here,’ I think it will have an impact across the state,” he said.

It is why, Walters added, he has pursued his case against the city and police.