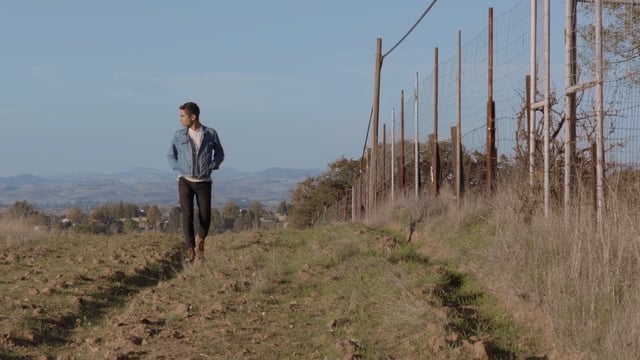 BY TROY MASTERS  |  In the era of a President-elect Donald Trump, and an Oscar committee historically unable to acknowledge talent of color, filmmaker Miles Sager is not your average 22-year-old college student; and the short film he recently completed about his transgender roommate proves it.

Although the product of a private prep school in San Diego, Sager did not take the traditional path when he graduated from high school. He was accepted to University San Francisco, but he chose the Academy of Art to study filmmaking.

“I never really felt I fit in. I got into trouble a lot and didn’t do very well school. I had taken a film studies class freshman year and it had started to resonate with me,” Sager says. “ It wasn’t until junior year when I came back to it and it all clicked. It was the first time I had accomplished something like that in a school setting and it was a great feeling. I thought ‘that’ll show them,’” he says.

Freshman year at Academy of Art, Sager was paired with his new roommate, Alex, an art student from Paso Robles, California.

Sager’s parents met Alex when they moved into the dorm and were relieved he’d be sharing his first year away from home, with a mild-mannered kid.

By Christmas break the two had become friends and they truly cared for one another.

But, by the last semester of their Freshman year, Sager met a girl with whom he became serious and out of the blue Alex ended their friendship. But the reason became clear a few months later when Sager, scrolling through Facebook, saw that Alex was transitioning to female and had changed his name to Veronica.

The mystery was solved; Alex had been traversing complex waters and Sager had no idea.

“I have trouble even wanting to post a status on Facebook, but when I saw that Veronica had come out on social media and was proudly posting and living her life the way she wanted to, it really touched me. Everyone wants their friends to be happy, in whatever capacity,” Sager says.

Sager decided to make a film about Veronica. He says he was daunted by telling her story and was at first afraid to contact Veronica.

“It had been almost two years since we had actually talked. I was worried she wouldn’t want to be a part of the project and would think I was taking advantage of her story in some way. And I worried that even if I did it, I couldn’t do it justice, in both the technical execution and the power of the content,” he says.

Sager worked up his nerve and called Veronica, and, although she didn’t message back immediately, within a few days she agreed to sit down with him. He told her about his film idea, and she felt comfortable enough to become involved as a consultant on the film.

Sager opted for an Academy graduate to be producer. He’d met Julianne Flanagin working as the first assistant director on one of her films, and says he liked and respected her a lot.

“This project [Veronica] meant a lot for me personally because as a gay woman, I grew up with a lot of adversity, similar to that depicted in our film,” Flanagin says. “I was routinely harassed by small minded folks, and the struggle that Veronica goes through, trying to accept her identify despite the opposition, was very real for me,” she says.

Flanagin admits she was “a little surprised” that Sager wanted to tell this story, as he hadn’t had these kinds of identity issues of his own. But, she says, “when he explained that it was based on a friend, I understood that this was part of his process in coming to terms with what friendship to an trans person means.”

“I wanted to help tell the story of how one individual was able to break free of their fears and show the world who they really are with no intention of pleasing anyone else but themselves,” Tse says. “If just one person gains empowerment from it, all our effort towards that one goal would be met. I wanted to help the actors to be as close to real as possible. The emotions needed to be raw. I think the positive message of the film will really touch a wide audience, and I’m so happy that I was able to help bring that to life,” she says.

By the time the script was finished, the roles cast, and the crew assembled, Sager beamed with pride about the diversity of the production team he had assembled.

“I was proud we were able to have a completely minority and female led, cast and crew. Along with the rest of the crew and amazing cast, led by Ryan Vásquez as Veronica, we had such a great time shooting this project, the good vibes were there and that really gave me peace of mind that this was going to turn out to be an outstanding film,” he says.

Sager says his biggest fear making this film is that people will question why he ever wanted to do it all. Is it his story to tell? Veronica told Sager that she felt that she’d never seen her story like hers on-screen and that really made her want be a part of it.

“As an artist and a minority I know it can be hard to fully express yourself when everyone just wants to put you down, joke and mock you. After working on the project I realized the biggest thing about people who are transitioning is that they aren’t changing into someone else, they are just becoming themselves, who they are supposed to be,” Sager says.