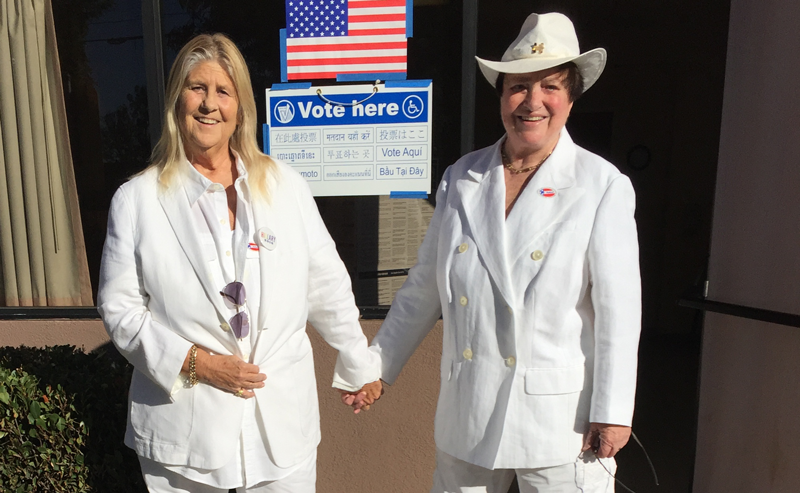 BY TROY MASTERS  |  Voting matters.  A lot….even in a state like California or New York where the outcome is not in question, your vote matters.

But this is Southern California and how you vote is almost as important as who you vote for.  Take these two:  Diane Olson and Robin Tyler, the famed California Marriage Equality pioneers.  They voted near their home in the San Fernando Valley today, decked out in white pant suits.  Their stylish choice was a celebration of Hillary Clinton and an ode to the Suffragette movement’s Susan B. Anthony.

It was Diane’s first outing since her surgery. She said she would’ve crawled to the polls!

Their choices scream that is the era of equality.

We encourage our readers to get out and vote.  Leave work early. Make phone calls to friends and family in swing states across the country, particularly in Nevada.   Encourage them to stand on the right side of history.

Your place at the table is in danger and it’s up to you to protect it.