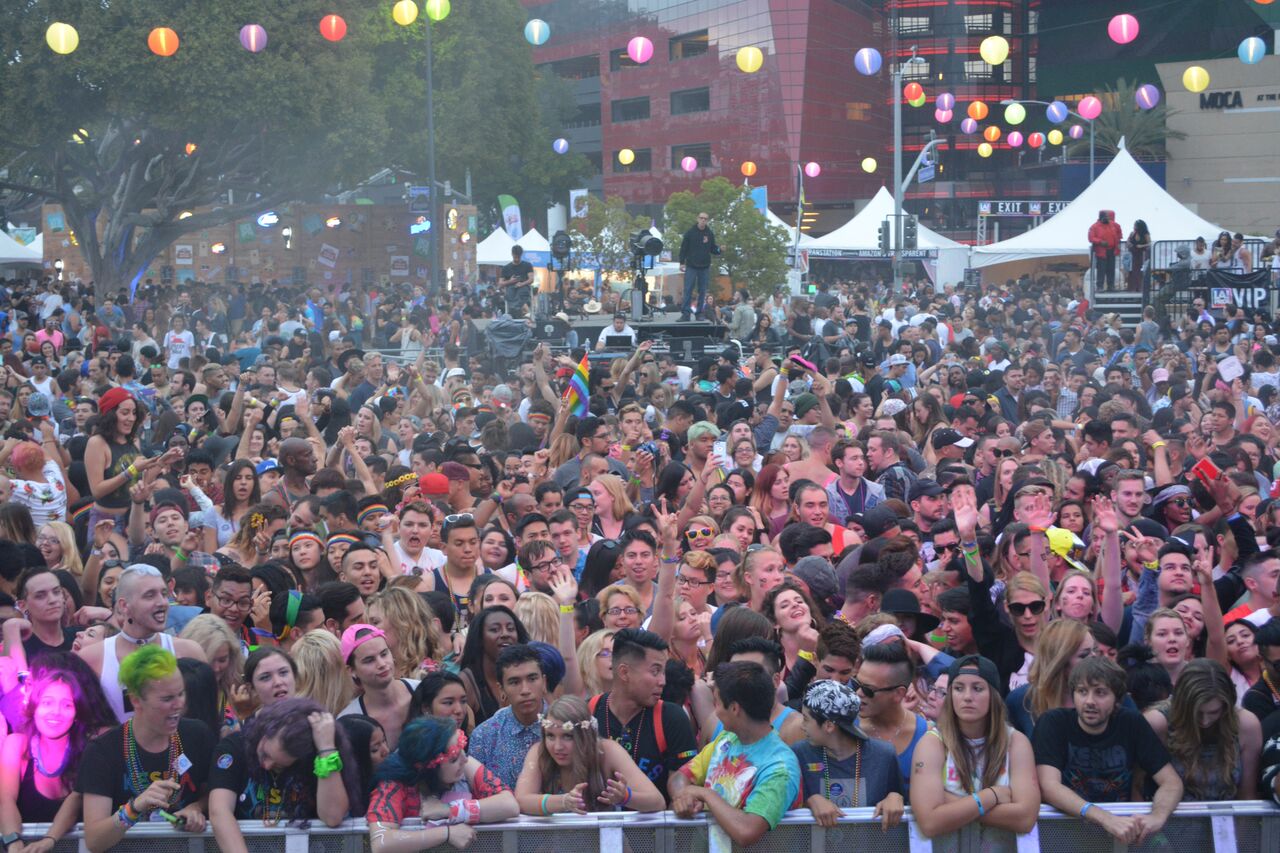 BY JAMES MILLS  |  The embattled Christopher Street West (CSW), the nonprofit organization responsible for putting on the annual LA Pride festival held each June in West Hollywood, got some new blood on its board of directors as four new people joined the 15-member board during its monthly meeting on Tuesday night.

Apparently responding to criticism that the makeup of the CSW board did not reflect the diversity of the LGBT community, the board tapped a range of new board members – Ashlee-Marie Preston, an African-American transgender woman; Erica Meyer, a bisexual woman; Will DeSmit, a gay man in his late 20s/early 30s; and Dan Morin, a retired gay man and longtime West Hollywood resident.

The appointment of Morin is especially noteworthy since he and his roommate, renowned lesbian activist Ivy Bottini, were two of the people most vocal in their criticism of CSW’s plan to transform the 2016 Pride festival into a music festival aimed at millennials. Thanks to the intense public outcry, CSW partially reversed its course before the Pride festival in June and restored events aimed at lesbians and transgender people, and also lowered the ticket price from $35 to $25.

Whether the appointment of these four new board members will have a significant impact is yet to be determined as the CSW board leadership remains in place. Board president Chris Classen, secretary Steve Andrews and treasurer Mike Carriere are all beginning the second year of their two-year terms in office.

The October board meeting saw event producer Jeff Consoletti, who has produced LA Pride since 2010, providing his year-end report. Among the many facts and figures Consoletti offered was that an estimated 150,000 lined Santa Monica Boulevard to watch the Pride parade on Sunday morning. That number is almost two-thirds lower that the 400,000 parade watchers which CSW reported for many years while Rodney Scott was president. Many people repeatedly questioned whether 400,000 people really lined the parade route, but CSW persisted in reporting that figure for years. Then, several years ago, CSW finally admitted that the 400,000 number included its estimate of the people who watched the video of the parade on cable television and online, but still did not give a figure for how many people were physically present to watch the parade.

Thus, Consoletti reporting 150,000 along the parade route was the first time in many years that anyone had offered a believable number of parade watchers. The West Hollywood Sheriff’s department provided that estimation, Consoletti said. The number seems reasonable to anyone who has actually been on the sidewalks during the parade.

Consoletti also reported that 20,000 people attended the pride festival on Saturday and 23,000 people attended on Sunday. He was confident in those figures because this year, for the first time, they used radio frequency identification (RFID) bracelets to count each person coming in the gate. The RFID bracelet allowed them to keep track of each unique visitor, no matter how many times he/she left the festival and came back in.

“The RFID bracelets helped to maintain an accountability of guests coming to show. We now know how many guests are going out and how many are coming in,” Consoletti said, noting they did not track where people went once they were inside the festival grounds.

RFID bracelets were not used on Friday, the opening night of the festival, because the evening was free, but the sheriff’s station estimated the crowd was 17,000 people. All told, Consoletti said 60,000 people attended the three-day festival. While some of those 60,000 people may have attended on multiple days, CSW board member Craig Bowers reported that the overwhelming majority of tickets sold at the gate were single-day tickets. Thus the 60,000 figure seems fairly accurate.

Consoletti, who produced the 2016 festival for just under $2.1 million, reported that maximum capacity for the festival grounds in West Hollywood Park is 30,000. While in years past, it often “felt” like they were near capacity, especially on Sunday immediately after the parade, Consoletti reported they could not be sure prior to the use of the RFID bracelets. He said this year’s Sunday attendance was likely lower than usual, thanks in large part to security concerns following the mass shooting at the Pulse gay nightclub in Orlando, Fla., and reports of a suspected gunman being stopped in Santa Monica, headed to the Pride festival.

Each visitor spent an average of $22 on food or drinks while inside the festival grounds with a total of $775,000 spent on beverages and $182,000 spent on food. Of the beverage sales, 58 percent was for liquor, 34 percent was on beer, six percent on non-alcoholic drinks and two percent was on wine. In years past, CSW used local nonprofit groups to handle food and beverage sales and gave them a share of the revenue in return. In 2015, CSW began using an outside company to handle the food and beverage concessions. Under that profit sharing arrangement, CSW receives 55 percent of the net profits, after expenses like credit card and merchant fees are taken out.

A medical tent set up like an emergency room triage center with doctors and nurses in attendance was used for the first time this year. Of the 26 people who came to the medical tent, 21 were for alcohol or drug related problems, and four were transported to the ER. In 2015, when they merely had a first-aid tent without any doctors, 34 people used it, and 29 were alcohol/drug related and 14 people were taken to the hospital.

Metal detectors were used for the first time this year. Scanning people as they entered the grounds created long delays at the gate, but Consoletti said people seemed to understand they were for everyone’s security. Consoletti noted that metal detectors are becoming standard at large gatherings, including concerts like the Lollapalooza Festival and the Coachella Music Festival.

Consoletti also reported that the federal Department of Homeland Security was apprised throughout the planning of the event, even before the Orlando shootings. While this raised some eyebrows, Consoletti explained that Homeland Security is involved with any large gathering of people, even an LA Dodgers baseball game.