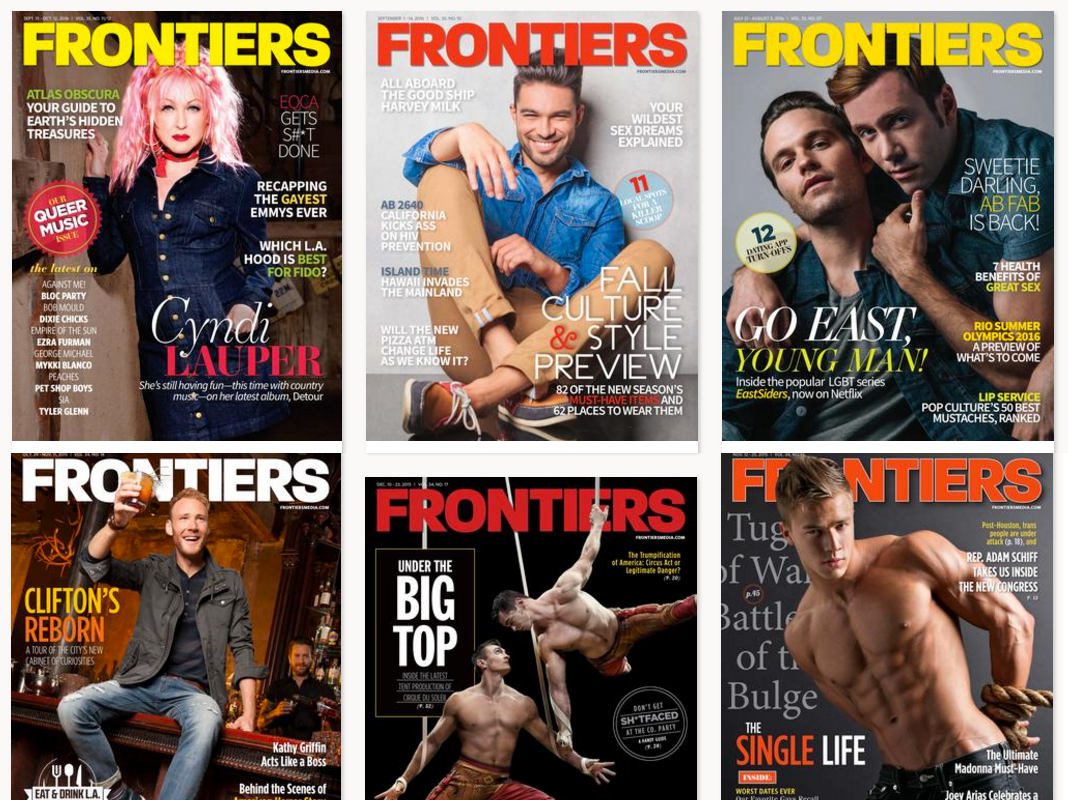 BY TROY MASTERS | The Pride LA is taking a deeper look at of the business failure of Multimedia Platforms (MMPW), the corporate owner of Frontiers Magazine.  We invite readers to stay tuned as Karen Ocamb prepares a report.

Meanwhile, here is what has been reported:

Several media have reported that Frontiers, the 35 year old LGBT magazine, has ceased publication. The publication held a vaunted position for many years as a leading force in LGBT journalism in Los Angeles and nationally. In recent years, however, as Frontiers veered off course editorially and pivoted toward a commercial post-gay, post-AIDS approach and the publication struggled to retain an alienated audience.

“I felt nothing of my life was reflected in that magazine. I felt the same way about it as I felt about LA PRIDE this year,” said a prominent Senior LGBT activist who added “don’t use my name cause people are tired of my tongue.”

In addition to Frontiers, the company also owned Fort Lauderdale based Florida Agenda, New York City’s Next Magazine and an aggregator website, WIRLD, that culled and promoted content from all of its properties.

South Florida Gay News reported today that “the staff of Multimedia Platforms, which includes the Florida Agenda and Next Magazine in New York, has been let go, and there will be no print editions this week. Frontiers in LA, purchased by MMPW last year, is also impacted.”

A lender in Massachusetts obtained the court order, according to South Florida Gay News.

Blair claims to have retained counsel to “fight” the seizure, saying only that “new management signed a horrible deal that I have now to fix.”

South Florida Gay News reports that in the company’s last SEC-8 quarterly filing, MMPW had received another infusion of capital in July exceeding one million dollars. But at that time Blair had already been removed as CEO, and named Chairman of the Board.

The terms of the $1.75 million dollar loan required repayment in full, plus interest within one year from the July offering date.

Wehoville.com, a website published by former Out Magazine publisher Henry Scott, reports:  “Blair purchased New Frontiers Media LLC, the publisher of Frontiers, in September 2015 from Michael Turner, whose profession is assessing the value of properties. Turner acquired Frontiers out of bankruptcy for $361,000 in December 2013. Blair’s MMPW added Frontiers to a portfolio that included Florida Agenda; Fun Maps, a series of maps of gay communities calling out bars and shops; Next magazine, a New York City gay nightlife guide, and Guy Magazine, a Fort Lauderdale website for gay men.”

An attorney, who requested anonymity, said previous owners, if they were not fully paid by the failed party, have some ability to petition the court for return of asset.  “It’s rarely granted when the volume of business is under $20,000,000 and when fewer than 1,000 employees are involved.  At any rate, given the finances as reported there’s not much to suggest they could pull that off,” she said.

Karen Ocamb, who was fired from her role as News Editor of Frontiers in March of 2015, will publish an article in the newspaper tomorrow.