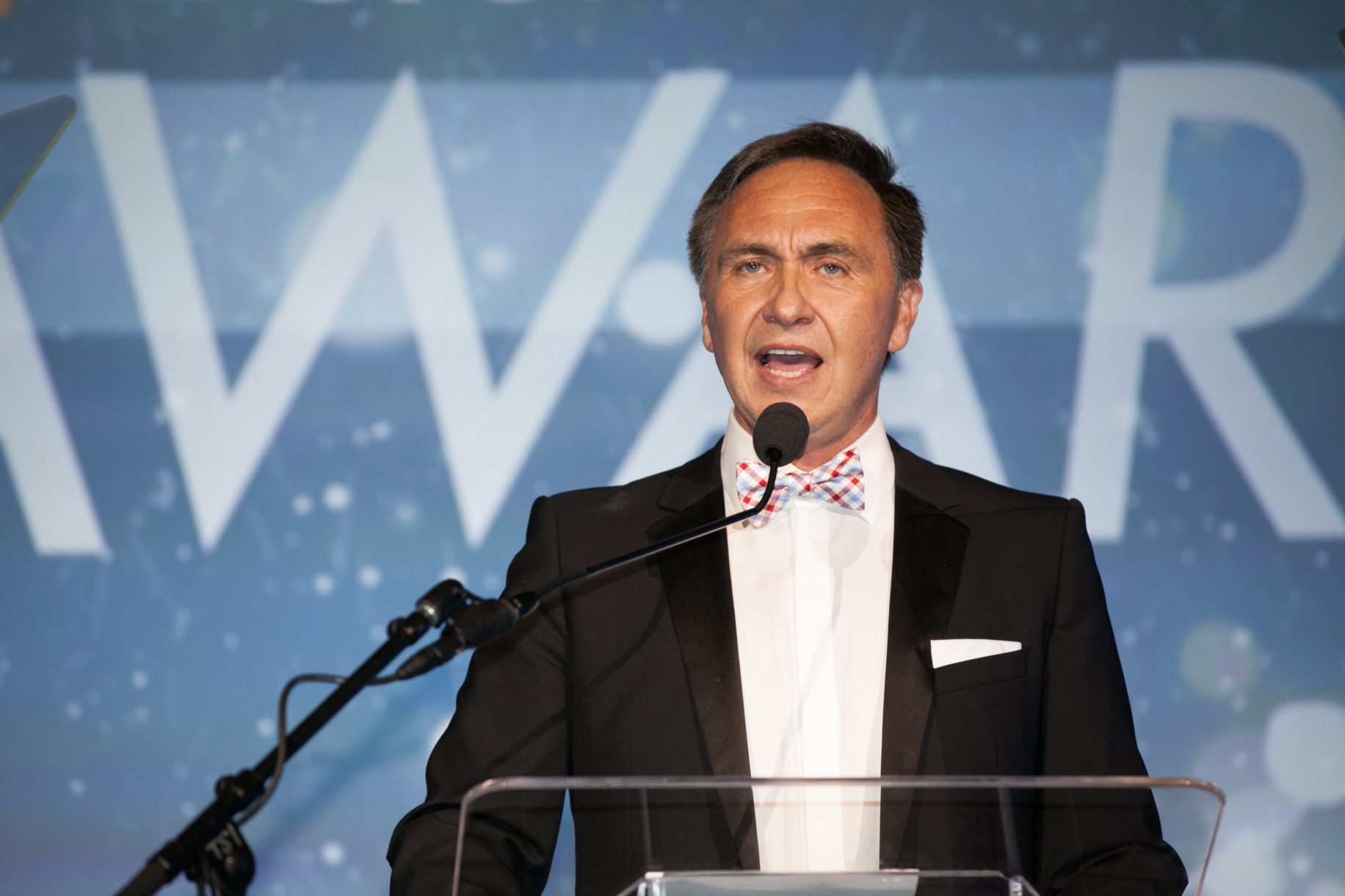 BY KAREN OCAMB  |    California Attorney General Kamala Harris framed the profound stakes of the 2016 election in her keynote address before a packed J.W. Marriott ballroom at the Equality California Equality Awards Saturday night, Sept. 17.  It all comes down to having the courage to fulfill democratic ideals, courage that apparently failed six California State Democrats in the face of an important LGBT vote for full equality.

“For most of us – at some point in our personal lives – we’ve probably had that occasion where we looked in a mirror with furrowed brow and asked the question ‘who are we?’ I think this is that moment in time for our country. A moment in time – an historic moment in time – where we are looking in a mirror and collectively asking that question: ‘who are we as a country?’,” asked Harris, who is running for the U.S. Senate and has been a friend of EQCA President Rick Zbur since the fight against the anti-gay Knight Initiative (Prop 22) in 2000.

“We are a great country and part of what makes us great are our ideals – the ideals outlined in the document in 1776 – that we are all and should be treated as equals,” said Harris.

President Obama also stressed the pursuit of democratic ideals and full equality in his final speech to the United Nations Sept. 20.

“In remote corners of the world, citizens are demanding respect for the dignity of all people no matter their gender, or race, or religion, or disability, or sexual orientation, and those who deny others dignity are subject to public reproach,” Obama said. “Our nation began with a promise of freedom that applied only to the few.  But because of our democratic Constitution, because of our Bill of Rights, because of our ideals, ordinary people were able to organize, and march, and protest, and ultimately, those ideals won out….I do not believe progress is possible if our desire to preserve our identities gives way to an impulse to dehumanize or dominate another group. If our religion leads us to persecute those of another faith, if we jail or beat people who are gay….”

Obama was speaking to an international audience but he could have been speaking to all those questioning and quivering about the cost of freedom. His speech echoed Rev. Martin Luther King’s “Letter from Birmingham City Jail: Injustice anywhere is a threat to justice everywhere. We are caught in an inescapable network of mutuality, tied in a single garment of destiny. Whatever affects one directly, affects all indirectly.” And how one responds to injustice reveals the content of one’s character, the true measure by which a person may be judged.

It is a principled lesson—a democratic ideal—that not only prompted Assemblymember Autumn Burke (daughter of LGBT ally former LA Supervisor Yvonne Burke) to vote for out State Sen. Ricardo Lara’s SB 1146, “Uncovering Discrimination in Higher Education,” but to publicly chastise local religious leaders whose followers threatened her and others over their vote.

“My integrity and that of my colleagues has been called into question for supporting SB 1146,” Burke wrote in an open letter. “But what integrity is there in promoting segregation and hostility towards the LGBT community?  Evident in the recent attacks on the LGBT community in Orlando and threats here in California, such hostility contributes to a culture of hate that takes lives. As a black woman and mother, I simply refuse to stand idly by while hate and segregation are encouraged.”

As we reported earlier,  old anti-LGBT Prop 8 forces such as MassResistance have waged an intense war against the bill. (Right Wing Watch noted on Tuesday that MassResistance and the National Organization for Marriage have taken their “war” against marriage equality to Mexico.)

Essentially, SB 1146 would require private religious colleges and universities that take tax-payer dollars (through Cal Grants) and claim a Title IX religious exemption enabling them to discriminate against LGBT employees and students to disclose that exemption in their public materials and to reveal the number of expulsions and firings based on enforcement of their moral code. Such public disclosure would serve as an education tool forewarning prospective LGBT people and straight allies about what they might expect from the bible-based institution.

“We regret having to withdraw our endorsements of legislators who have otherwise been allies of the LGBT community,” Zbur said in a statement. “Our longstanding endorsement policy requires withdrawal because we tell our members that our endorsements include only incumbent legislators who have demonstrated a voting record of 100 percent support for our priority legislation. We look forward to continuing to work with the lawmakers in question, and hope that their future voting records will allow us to consider endorsements in future elections.”

Equality California has had a 100 percent standard for endorsement since 2005 after then-Assemblymember Mark Leno first introduced a marriage equality bill in the California Legislature. The move to withdrawn endorsements this election cycle is unprecedented and a measure of Equality California’s character and willingness to stand up to allies who shirk their commitment to full equality. One wonders what the six Democrats will see when they next look in the mirror and ask: Who are we?