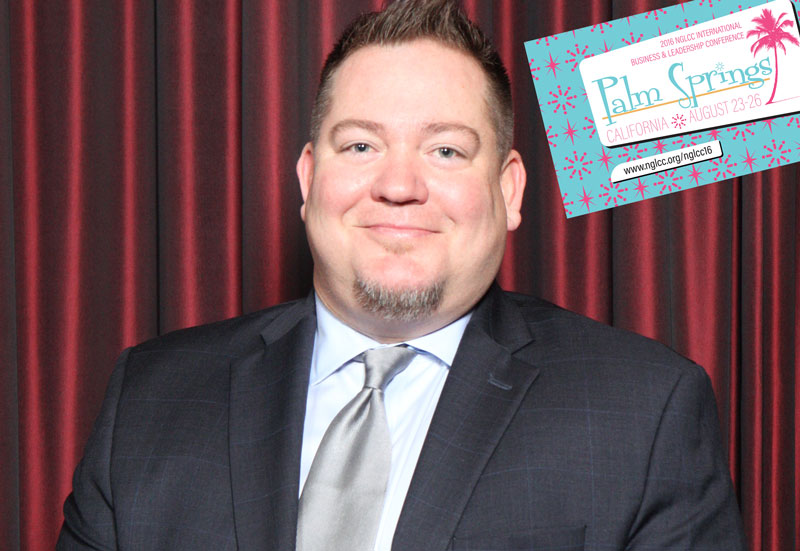 BY JUSTIN NELSON  |   The National Gay and Lesbian Chamber of Commerce, the business voice of the LGBT community, is proud to see equality in the business world creating more and more opportunities for all Americans. Such economic opportunity is the top policy priority for the NGLCC. And it should be a priority for everyone.

Why? Because as Barney Frank once said, “If you’re not at the table, you’re on the menu.” Every year America’s corporations, state governments, and all federal agencies spend tens of billions of dollars in procurement contracts for everything from office supplies to jet engine parts. To help give an equal, level playing field to the minorities that have redefined and innovated America’s small businesses, those companies and government agencies have instituted supplier diversity programs.

Without such programs, new businesses, many of them owned by LGBT citizens, would never be noticed against the legacy businesses that have historically won these contracts. If you’re an LGBT business owner and not certified, you’re leaving money on the table to help your business grow, which allows you to give back our community as a role model, job creator, and valued success story of an LGBT person achieving the American Dream.

Currently only the Commonwealths of Massachusetts and Pennsylvania, the California’s Public Utilities Commission, and several regional governments — including King County, WA, Essex County, N.J., and Cleveland, OH — mandate the intentional inclusion of certified LGBT-owned businesses. Every day our policy team is coordinating with local legislators to create opportunities for LGBT business owners to contract with state governments just like every other small business. National legislation or a presidential executive order is necessary to ensure that every LGBT business owner has the same right to opportunities as everyone else in America.

Just this summer we saw some extremely positive momentum on this front. The Democratic Party will be including certified LGBT business enterprises in its contracting pool for the 2016 Democratic convention in Philadelphia. Nothing is more essential to the American Dream than an equal seat at the table, and we’re so pleased that the 1.4 million LGBT business owners in America will have an opportunity to contract with the party during this momentous election season.

During an election season when the candidates are falling over themselves to alienate and exclude the minority groups who are redefining the working class of America, the Democratic Party is reflecting what corporate America has recognized for decades: When everyone is included, everyone succeeds.

It’s gratifying to see the continued rise of popular support nationwide for LGBT protections and inclusion in the wake of the Supreme Court’s marriage equality decision, the Equal Employment Opportunity Commission equal protections ruling, and other recent victories.

The work of our organizational allies, including the Human Rights Campaign, is ensuring that the post-marriage equality momentum continues onward. Even more inspiring is corporate America’s continued leadership of diversity and inclusion for LGBT citizens and business owners everywhere.

As my cofounder and NGLCC CEO Chance Mitchell regularly points out, “Business will continue to be the catalyst for positive change for America’s minorities — especially the LGBT community. We must keep the millions of LGBT business owners who grow local economies and create jobs in mind when shaping wholesale legislation that creates equal opportunities for everyone.”

As you’ve no doubt seen in Alabama, Texas, and elsewhere, the backlash has already begun. While some will be focused on preventing marriages from taking place, others will continue to push for so-called religious-freedom bills that further promote discrimination.

It’s morally unacceptable that hardworking LGBT Americans can still be fired from their jobs in 29 states (32 if transgender), evicted from their homes, or denied service in restaurants and shops simply for being who they are.

As major corporations expand their operations into states that have been traditionally anti-equality and unwelcoming to diversity, their presence will be a catalyst for social change. The expansion of powerful, inclusive businesses in these states will help LGBT businesses grow by actively promoting opportunities to join their supply chains, adding to the human capital and economy of that state.

Our economy won’t achieve its full potential until every American has unfettered access to every contracting opportunity with state, municipal and federal governments, and in every marketplace. LGBT business owners pay taxes, provide jobs, and create endless opportunities just like every other small business owner in America—they deserve the same freedoms to succeed.

We’re already seeing leadership from corporate giants in financial services and insurance to help answer the myriad of new questions marriage equality raises about taxation, transition plans, and beyond. Their support will further strengthen the argument that there is no turning back from this moment in the path to full equality. We must push forward.

An equal seat at the table will bring the nation in line with a long-held best practice of corporate America: treating every worker and business owner with equal dignity, respect, and opportunity to succeed.

The great work for equality continues, one small business at a time.

JUSTIN NELSON is the cofounder and president of the National Gay and Lesbian Chamber of Commerce, the business voice of the LGBT community and the largest global not-for-profit advocacy organization specifically dedicated to expanding economic opportunities and advancements for LGBT people. NGLCC is the exclusive certification body for LGBT-owned businesses.