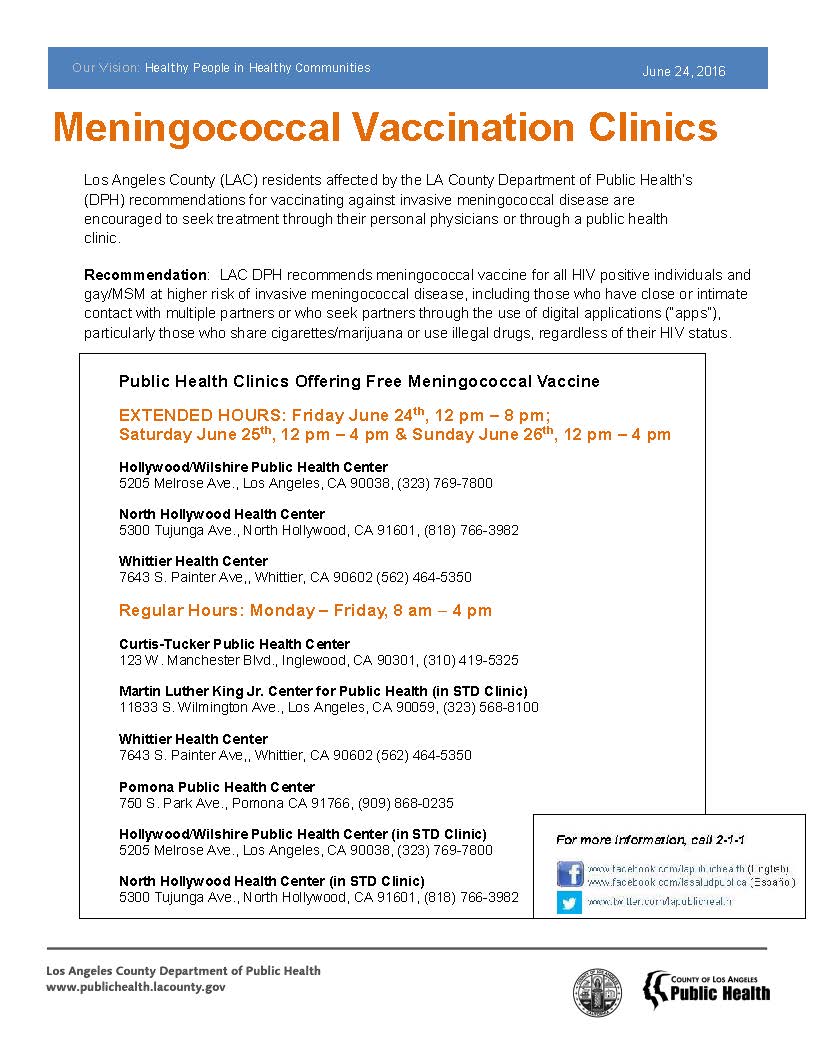 BY TROY MASTERS  |  The Los Angeles County Department of Public Health (LAC DPH) has identified a thirteenth case of invasive meningococcal disease (IMD) for 2016.  The patient, according to a press release from the offices of Dr. Benjamin Schwartz, Deputy Director Acute Communicable Disease Control Program, was diagnosed with meningitis in early July.  He is an elderly gay male with a longstanding partner and is is currently hospitalized. He is described as “recovering,” according to the statement.

AIDS Healthcare Foundation clinics are yet to be supplied meningitis vaccines by Los Angeles County.

The California Department of Public Health, which analyzed test results, has determined that the infection, like the majority others currently involved in the Southern California outbreak, is from the Serogroup C category.  This case brings the total number of gay men infected in all of Los Angeles county, including Long Beach, to 12.

A thirteenth case, a gay man who was diagnosed at the end of June, is also being explored.

Most alarming is that of the 13 gay men infected, 12 have been infected since May.

In a separate development, the California Department of Public Health (CDHP) is reporting that statewide there have been more than 50 cases of meningococcal disease since January.

CDHP says that most of the cases are “considered sporadic and not connected with a cluster or outbreak.”

CDHP now says that a 14th case is now being added to the SoCal outbreak:  a gay man visiting from Minnesota contracted Invasive Meningococcal Disease.  There are presently no reports of related or additional cases from Minnesota.

Everyone is urged to get vaccinated.