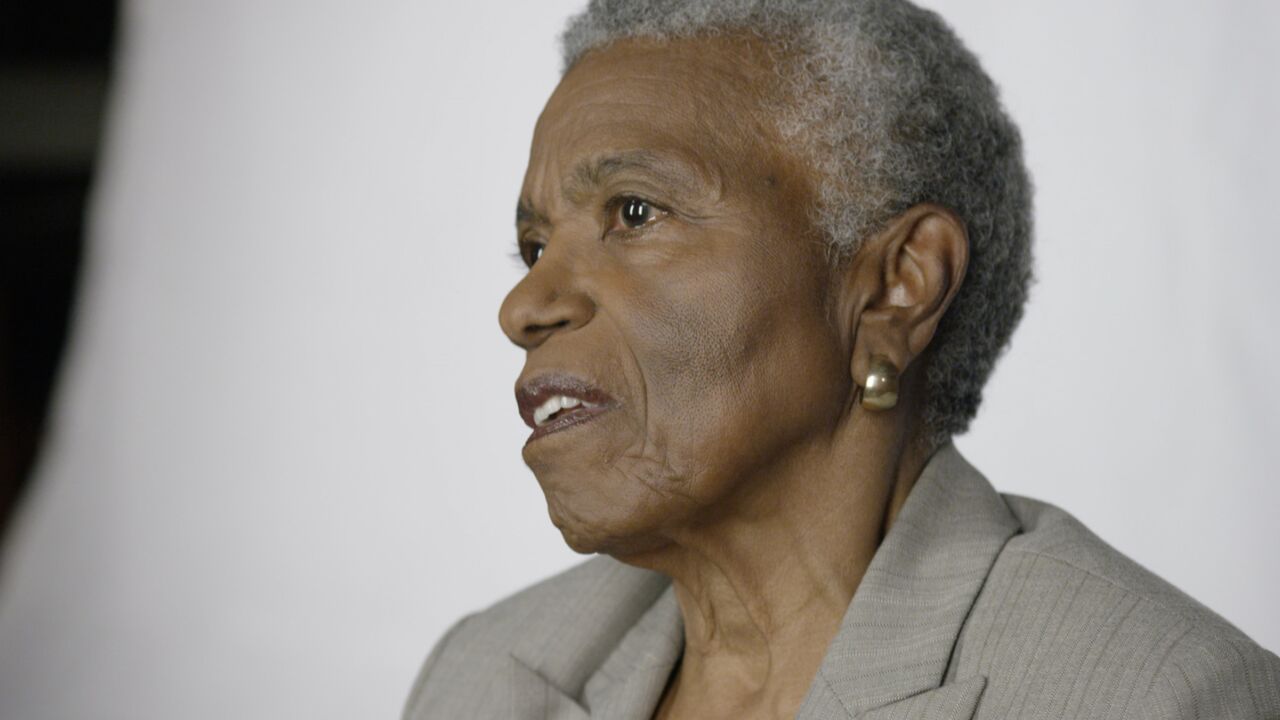 BY TROY MASTERS  |  It’s a daunting line-up of outstanding LGBT themed film from around the world.  So, The Pride Los Angeles decided to provide you with some selections you shouldn’t miss…and, yes, there are many important films not included here that you should also see.

Outfest Los Angeles LGBT Film Fest, the nation’s leading LGBT-themed film festival, is underway through July 17, offering 162 world-class selections of LGBTQI (and even straight) entries representing filmmakers from 19 countries.  It’s just what you would expect of a Hollywood based festival, full of red-carpets and paparazi, celebrities and high-level studio players, corporate and grassroots mixing and tons of parties.

“I am proud and honored to present a program that focuses on the most talented queer voices across all media—from film to television to the web,” says Christopher Racster, Executive Director of Outfest. “Each year we see a snapshot of the lives of LGBT people from around the world. Honest reflections and celebrations of our experiences. These depictions take us on intensely personal journeys, which increasingly show that our similarities are greater than our differences. At a time when the cultural zeitgeist is using differences to drive us apart, these films intimately show us that each of our stories matter and each need a platform to be heard, understood, and respected.”

Outfest Los Angeles LGBT Film Fest offers an outstandingly well curated selection, with films from from independent filmmakers, grassroots directors and major studios.  And so, we thought we’d focus here on just a few and offer our our busy readers a daily selection.

Click here to purchase tickets and to browse the full spate of offerings, times and locations.

Being 17
Quand on a 17 ans
International Narrative Feature
(France, 2016, 116 min)
In French with English subtitles
Directed By: André Techiné
Damien and Thomas, teenagers from very different upbringings, constantly butt heads at school. When Damien’s mother invites Thomas to live with them, the boys are forced to coexist and work through the complicated feelings they have for each other. Renowned French director André Téchiné (WILD REEDS) — working from a script he cowrote with Céline Sciamma (TOMBOY) — crafts a touching study of two young men struggling to find their passions in a pivotal life moment.
Post-Screening Reception: DGA Atrium

Trans Now
Shorts Programs
Program Running Time is 101 min
This collection embraces astounding and raw trans stories, including transition and beyond: honing in on the lingering horrors of an ex, daily cycles of sex work, and the simple joys found in going out to dinner as yourself. Beautifully pinpointing details, each story reshapes what we think of trans and genderqueer lives today.

First Night Out
Directed By: William Mayo
USA, 2015, 2 min
Dinner out by oneself comes to mean so much more.

Afuera
Directed By: Steven Liang
USA, 2016, 14 min
An undocumented trans woman is forced to choose between domestic comfort and sex work that sustains her.

Alexa To Exa
Directed By: Exa Zim
USA, 2015, 18 min
Alexa/Exa lets us into his poignant and darkly funny video diary of ten years as he transitions.

Ryans
Directed By: Natalie Heltzel, Rain Valdez
USA, 2016, 17 min
A trans woman goes on a blind date with a man, but lingering similarities to an ex get in the way.

Dawn
Directed By: Jake Graf
United Kingdom, 2016, 14 min
A cinematic human connection is made while waiting for the bus one morning

Spa Night
U.S. Narrative Centerpiece
(USA, 2016, 93 min)
In English and Korean with English subtitles
Directed By: Andrew Ahn
andrewahnfilms.com/coming-soon/spa-night/
Andrew Ahn perfectly captures a specific corner of the Korean-American experience with his directorial debut. This intimate portrait, striking for its keen observation and cultural accuracy, unfolds against the vibrant backdrop of Koreatown. SPA NIGHT follows David Cho, a Korean-American with first-generation Korean parents, as he goes to S.A.T. classes, helps out at his parents’ restaurant, and is unsure about his future. When his family’s restaurant is forced to close, David begins working at a spa, where he discovers the underground gay hook-up culture. As David struggles to explore his burgeoning sexuality, in a powerfully restrained performance by star Joe Seo, director Ahn taps into the ways that maturity and sacrifice go hand-in-hand. Poignant, reflective, and moving, SPA NIGHT explores the weight of familial obligation and suppressed emotions while also positioning director Andrew Ahn as a filmmaker to watch. Seo won Breakthrough Performance at the Sundance Film Festival; you don’t want to miss his career-making turn as this multifaceted character.

Last Men Standing
preceded by 1985
Documentary Features
(USA, 2016, 66 min)
Directed By: Tim Hussin, Erin Brethauer
sfchronicle.com/lastmenstanding
In the mid-1980s, when these San Francisco gay men were diagnosed, HIV infection was a death sentence. Thirty years later, they are living on, only now they’re navigating challenges they never expected to confront: survivor’s guilt, financial woes, aging in a youth-obsessed culture, and making sense of their lives. An unflinching and moving tribute to honesty, courage, and fate, LAST MEN STANDING documents the diverse but always-riveting experience of ordinary men in extraordinary circumstances.

Esteros
International Centerpiece
(Argentina, Brazil, 2016, 83 min)
In Spanish with English subtitles
Directed By: Papu Curotto
www.outplayfilms.com/?p=1469
Sexy and heartfelt, this US premiere explores a second chance at love. Childhood friends Matías and Jerónimo reunite in their hometown of Paso de los Libres, Argentina, on the banks of the Uruguay River. The summer before high school, the teens’ close friendship transformed into something deeper, but their mutual attraction never came to fruition. More than a decade later they meet again, and the chemistry between them is palpable, but now Matías has a girlfriend who has traveled to his hometown for Carnival. Seeing his old friend, now so comfortable and confident in his skin, reawakens Matías’ feelings. This unexpected opportunity forces Matías to reassess his choices and to figure out whether he can turn his back on marriage to a woman in favor of the man he’s always loved. A powerful film that elicits feelings of nostalgia for our own adolescence and for the long-forgotten romances from our past, ESTEROS offers a satisfying glimpse into what might have been (and what might still be).

Forbidden: Undocumented and Queer in Rural America
Documentary Features
(USA, 2016, 90 min)
In English and Spanish with English subtitles
Directed By: Tiffany Rhynard
www.forbiddendoc.com/
When Moises Serrano was a baby, his parents risked everything to flee Mexico in search of the American Dream. Growing up in the rural South as an undocumented gay man, forbidden to live and love in the country he calls home, Serrano sees only one option — to fight for justice and equality. Driven by a deep love for his family, who have come to accept being treated as invisible, Moises seeks to change the world.

The Pearl
Documentary Features
(USA, 2016, 97 min)
Directed By: Jessica Dimmock, Christopher LaMarca
Moderator: Andrea James
www.thepearlfilm.com/
THE PEARL captures an indelible moment in time as four middle-aged trans women in the Pacific Northwest begin the long journey toward acceptance. Coming out as trans after many decades of hiding from friends and family, they face discrimination from the hyper-masculine logging towns they call home. Naturalistic direction from Jessica Dimmock and Christopher LaMarca shines an intimate light on the film’s subjects as they navigate a rapidly changing world to discover who they really are.

Front Cover
U.S. Narrative Features
(USA, 2015, 87 min)
Directed By: Ray Yeung
Ryan is a stylist for the hottest fashion magazine in Manhattan — and he’s damn good at it. He’s also Chinese-American, but that’s something he doesn’t like to advertise. To advance his career, he begrudgingly agrees to dress China’s hottest movie star, the brash and high-maintenance Ning. They clash instantly, but soon both men find their ideas about identity challenged, as their developing friendship blossoms into something more complicated. Can love survive the personas they’ve created for themselves?

The Revival: Women and The Word
Special Events
(USA, 2015, 82 min)
Directed By: Sekiya Dorsett
Moderator: Toni Bell
therevivalmovie.com
Four gifted queer black women (singer-songwriter Be Steadwell, spoken-word artists T’ai Freedom Ford and Jonquille Rice, and poet-founder Jade Foster) hit the road for a seven-date tour as they share their fear, love, loss and vision with audiences across the U.S. Director Sekiya Dorsett lets us be a fly on the wall in this honest and inspirational homage to the socially influential salon gatherings of the Harlem Renaissance. Featuring an in-person performance by the talented Be Steadwell.

REDCAT Bruising for Besos
U.S. Narrative Features
(USA, 2016, 88 min)
Southern California Premiere
Directed By: Adelina Anthony
Screenwriter: Adelina Anthony
www.bruisingforbesos.com
Charismatic Xicana lesbian Yoli is part of the queer/trans artists of color scene in Los Angeles. When she decides to pursue Daña, an alluring Puerto Rican woman, the calmness of her day- to-day life is upended and her tumultuous past resurfaces in the present. Yoli must choose between a familiar pattern of damaging vices — or begin to face the history that haunts her — in order to learn how to love “right.”

Do You Take This Man
U.S. Narrative Features
(USA, 2016, 92 min)
World Premiere
Directed By: Joshua Tunick
Cast: Anthony Rapp, Jonathan Bennett, Alyson Hannigan, Thomas Dekker
This intimate drama tells the story of Daniel (Anthony Rapp) and Christopher (Jonathan Bennett) on the eve of their wedding. When a long-lost friend of Christopher’s shows up and the day’s stresses begin to spiral out of control, the couple must rely on their close friends and family to see them through. Co-starring Alyson Hannigan, DO YOU TAKE THIS MAN… is an insightful and realistic look into what it takes to make a relationship work in 2016.

Jewel’s Catch One
Documentary Features
(USA, 2016, 85 min)
Directed By: C. Fitz
Jewel Thais-Williams broke down racial and cultural barriers while running the oldest Black owned discos in America. This film celebrates her activism and the impact of Catch One on music, dance, fashion and celebrity that helped changed the course of our country. Heralded as the “Studio 54 of the West Coast” Jewel’s Catch One is rich with stories and music of the last four decades. Featuring Sharon Stone, Madonna, Thelma Houston, Sandra Bernhard, Representative Maxine Waters, Jenifer Lewis, Thea Austin, Bonnie Pointer and CCH Pounder. Join the celebration after the July 10th screening with a post-reception at at the site of the old CATCH (4067 W Pico Blvd). Admittance granted to those with an Outfest Jewel’s Catch One ticket stub.

Here is Outfest’s entire line up.

For tickets and information click here and check out the full lineup below:

SAG PANEL: THE BUSINESS OF ACTING: MAKING DIVERSITY WORK FOR YOU