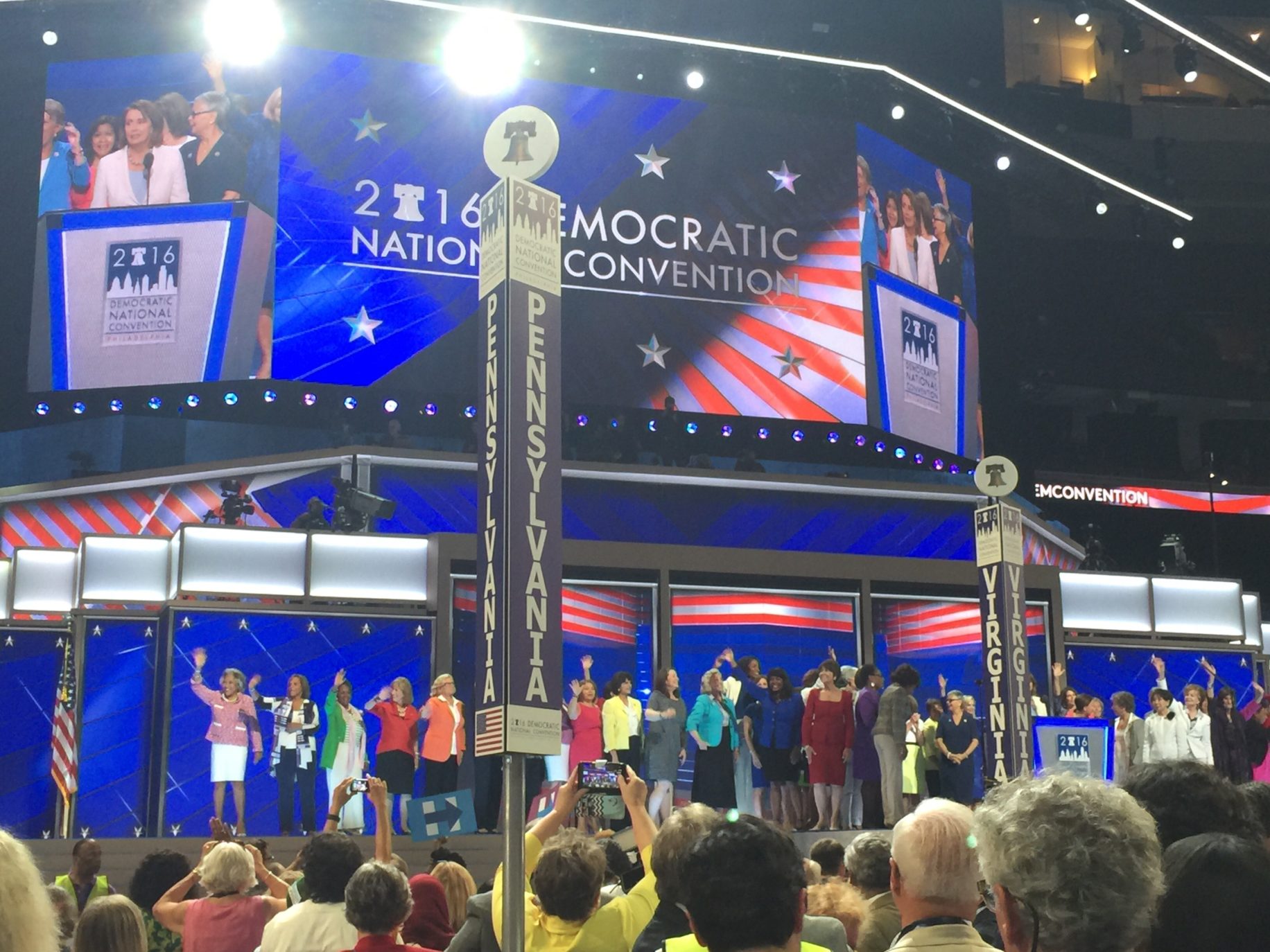 Five states referenced LGBT milestones in the roll call vote at the Democratic National Convention that officially nominated Hillary Clinton, the first female to run for president for a major party.

“This is the first time the DNC has been that inclusive and not hidden us in a pocket,” said Jude-Laure Denis, an LGBT delegate from the Lehigh Valley. “In that way, I feel encouraged by the progressive direction of the party.”

North Carolina’s speakers said the state’s Democrats were committed to efforts to repeal HB2, the state law that was rammed through the legislature in March to prohibit nondiscrimination laws that protect LGBT people.

Massachusetts cheered while announcing it was the first state to make marriage equality legal in 2004.

Jim Obergefell, the plaintiff in the U.S. Supreme Court case that affirmed marriage equality, read the votes from his home state.

Clinton was the presumptive Democratic nominee, but her competitor Sen. Bernie Sanders had not released his delegates prior to the convention. After requesting his votes to be reflected in the record, Sanders asked to accelerate the nominating process.

“I move that Hillary Clinton be selected as the nominee,” he said.

Denis from the Lehigh Valley was a Sanders delegate.

“For me, the whole process has been disappointing in many ways because there have been no consequences in terms of cheating in the election,” she said, referring to leaked emails written by former Democratic National Committee chair Debbie Wasserman Schultz, and others, that illustrated favoritism for Clinton.

“Last night brought me closer to voting for Hillary,” Denis added. “But I’m still not there yet.”

For president, she favors Jill Stein of the Green Party. Another LGBT delegate near Denis has embraced Clinton since the beginning.

“For me, it’s very amazing to be part of nominating the first woman president,” Wakabayashi said.