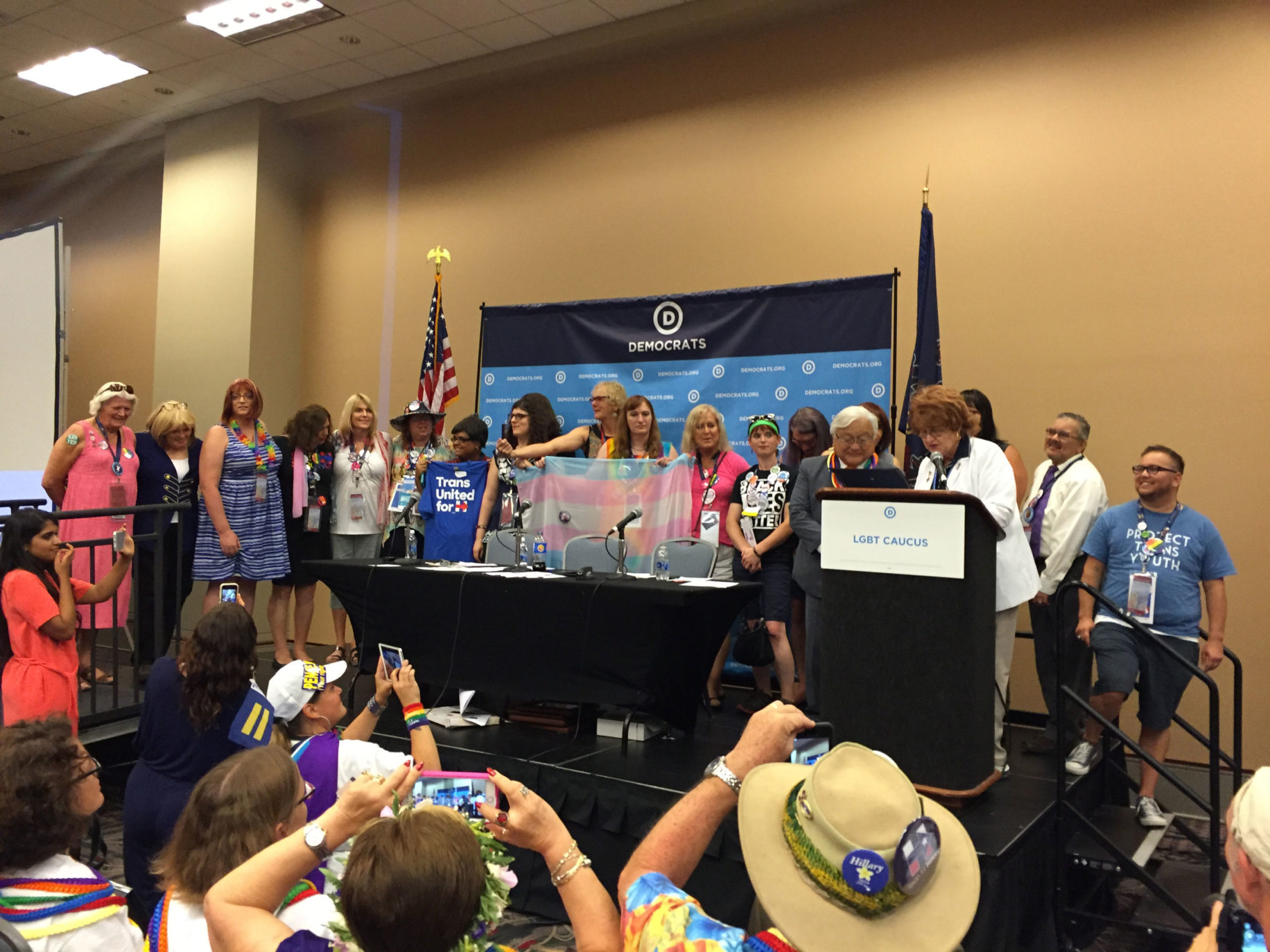 Several-hundred people packed Room 118 of the Pennsylvania Convention Center to hear from lawmakers and LGBT advocates about the state of LGBT America Tuesday.

Among the speakers at the LGBT Caucus meeting were Sen. Tammy Baldwin, the first out legislator in the Senate, and former Congressman Barney Frank, the first member of Congress to voluntarily come out. Many of the speakers heralded the progress the LGBT community has made since the last convention, yet acknowledged the work that still needs to be done.

Baldwin, who received a standing ovation from the standing room-only crowd, applauded developments like national marriage equality, which merited another standing ovation. Moving forward, LGBT advocates and lawmakers should turn their attention to the Equality Act, which would ban LGBT discrimination nationally, but also other issues like the blood ban by men who have sex with men and the ongoing lack of health research about LGBT populations.

Electing Hillary Clinton, Baldwin said, is the  best way to achieve those aims.

“She has our back, she’s been by our side and together we’re going to make history,” Baldwin said.

New York Gov. Andrew Cuomo’s address was briefly interrupted at its start by a protester carrying a pink pro-Palestine poster, who was quickly escorted out of the room.

“This other side talks about building walls, we talk about building bridges,” he said, noting Clinton’s support for nondiscrimination, gun-control legislation and HIV/AIDS causes. He added that he believes Clinton could make strides toward ending the AIDS epidemic if elected.

The tone of the speeches got more personal with Congressman Mike Honda of California, who spoke at length about his transgender granddaughter, Melissa. He said she began to recognize her gender identity before she was even 2 years old, and he said his family has gone to adjust to new pronouns, learn about the trans community and ultimately become strong allies.

He thanked the LGBT advocates, especially the trans community members in the room, for  their work in paving the road for his granddaughter.

All of the trans delegates present were invited up to the stage — there are 28 openly transgender delegates at this year’s DNC — for the presentation of an award to Honda for his work on behalf of the community.

Frank, 76, talked about the evolution the country has undergone on LGBT issues in his lifetime, and encouraged LGBT advocates to align with other rights movements, such as those fighting for racial justice, going forward.