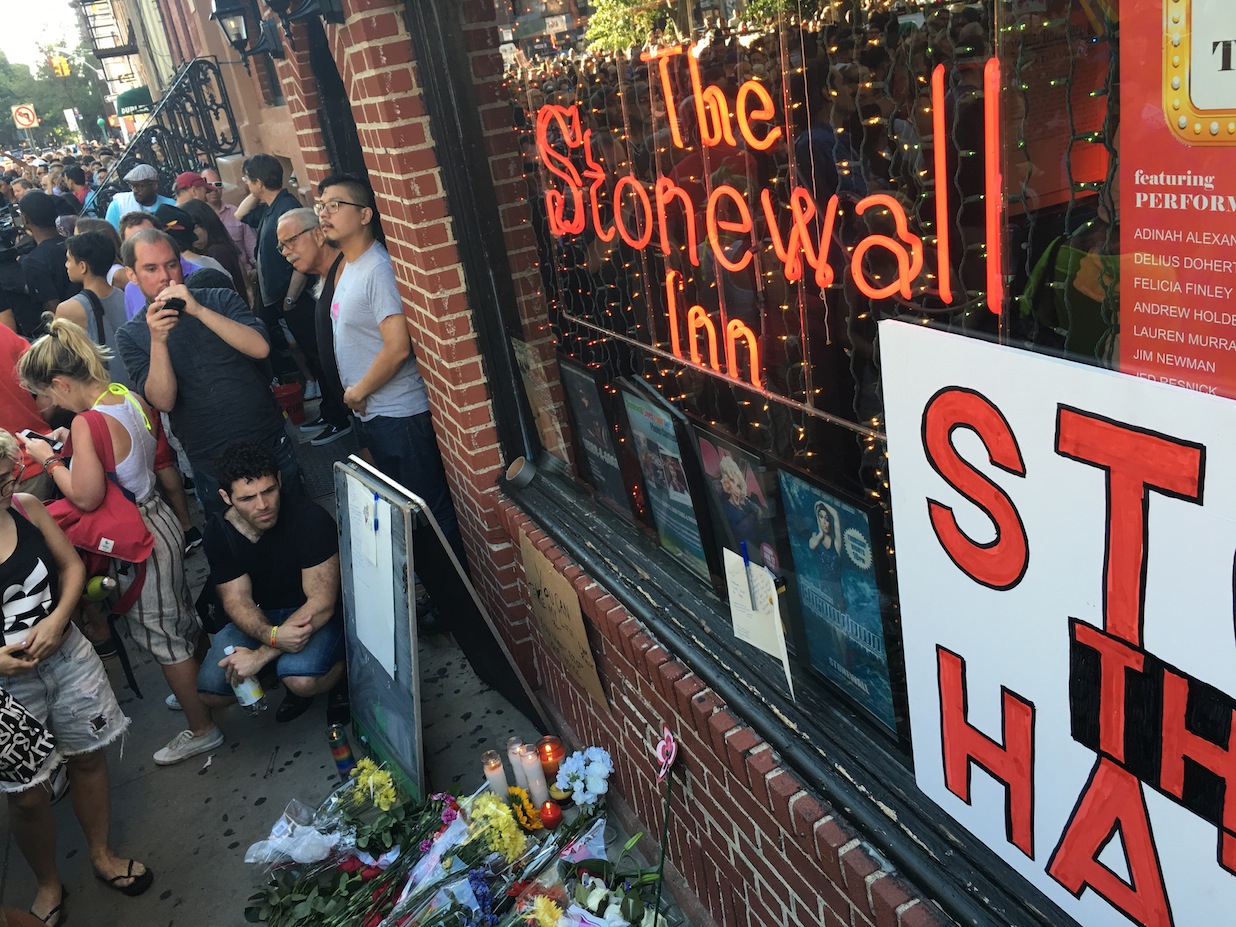 BY TROY MASTERS  |  It happened at Stonewall Inn, that magical moment when an a down trodden people stood up and said ENOUGH.

Today, the place where 47 years ago that magical moment unfolded — a riot that immediately began to lead LGBT people out of the darkness of the closet, leading to a decades long and epic battle against sociological and legal oppression and through a devastating epidemic that killed hundreds of thousands — has been given one of the nation’s highest recognitions.

The Stonewall National Monument will cover a 7.7 acre swath of Greenwich Village, including the bar itself, a small park nestled across the street called Christopher Park and the surrounding streets where people rioted after the gay bar was raided by police in 1969.

The area has become the go to place for celebration and protest in recent years, a place to celebrate events like the passage of Marriage Equality and mourn national disasters like the shooting in Orlando that killed 49 patrons of a gay bar.

President Obama said The Stonewall National Monument will “tell the story of our struggle for LGBT rights” and of a civil rights movement that became a part of America’s story.

“I believe our national parks should reflect the full story of our country: the richness and diversity and uniquely American spirit that has always defined us,” Obama said in a video announcing the monument. “That we are stronger together, that out of many, we are one.”

A video, posted above, shows President Obama and some gay rights activists along with footage from the riots, will be played on the billboards in Times Square, the White House said, as part of the launch of the Monument and in celebration of the NYC Pride celebrations.

The move comes one year to the day since the Supreme Court of the United States made same-sex marriage a national right.  Yet there are many hurdles that remain for LGBT people.  In over thirty states LGBT people can be fired from jobs and evicted from homes simply for being LGBT.

It is a welcome move, particularly after Orlando.

Last year, New York City made it a city landmark — the first named primarily because of significance to LGBT history.

Other recognized LGBT historical places are: