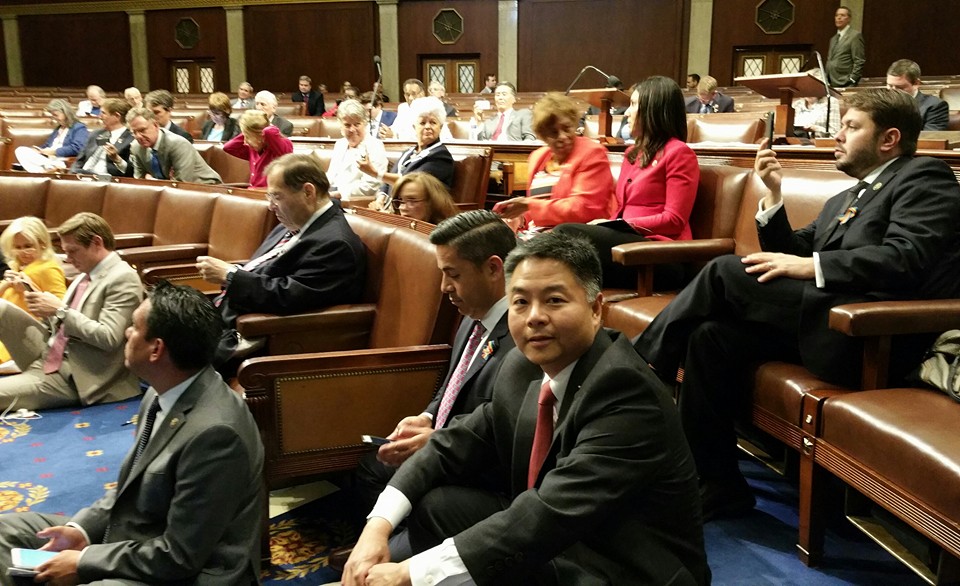 BY KAREN OCAMB  |  Terrorism is once again in the headlines with the suicide-bomber attack at the Istanbul airport late Tuesday that killed 41 and wounded 239 others.

U.S. officials believe the attack was the work of ISIS, though no group has yet taken responsibility.

Most of the ISIS attacks have been suicide or car bombs—with the noted exception of the apparently ISIS-inspired mass shooting at the gay Pulse nightclub in Orlando on June 12.

That shooter, Omar Mateen, had been on federal terrorist watch list but, thanks to U.S. lax gun laws, was able to buy the assault weapons he used to kill 49 innocent, mostly gay Latino club-goers and injure 53 others.

The Human Rights Campaign, Equality California and other LGBT organizations immediately made gun violence a top priority for the LGBT community.

Last week, Democrats in the U.S. House of Representatives staged an unprecedented sit-in on the House floor—lead by iconic civil rights leader Rep. John Lewis with heavy participation from California Democrats— calling for common sense gun legislation to provide universal background checks and prevent suspected terrorists from purchasing guns. Four such measures were earlier voted down by Senate Republican, leading many to accuse Republicans of being in the pocket of the National Rifle Association, the powerful, rich and ideologically pure Second Amendment lobbying group. The Supreme Court, however, just put a dent in the NRA’s bulletproof political armor Monday, ruling that people convicted of committing reckless acts of domestic violence can be denied the right to own a gun.

As a follow up on the House sit-in, Democrats around the country, including throughout California, are hold National Day of Action events today. As a continuation of that discussion, on Thursday morning, Rep. Ted Lieu, who represents Los Angeles County and is pictured during the sit-in, is joining Judge Ralph Fertig, one of the original Freedom Riders of the Civil Rights movement, and members of the Leo Baeck Temple to talk about the imperative need for gun safety regulation and how the community can help.
The event is open to the public. It is being held on Thursday, June 30 at 10AM at Leo Baeck Synagogue, 1300 North Sepulveda Boulevard, Los Angeles, CA 90049.

Meanwhile, on behalf of the Human Rights Campaign’s StopTheHate effort to pass gun control legislation, famed openly gay producer/director Ryan Murphy, Ned Martel and their colleagues at Ryan Murphy Television produced a moving tribute to the Orlando 49, featuring members of the entertainment community sharing poignant stories about each of the shooting victims.