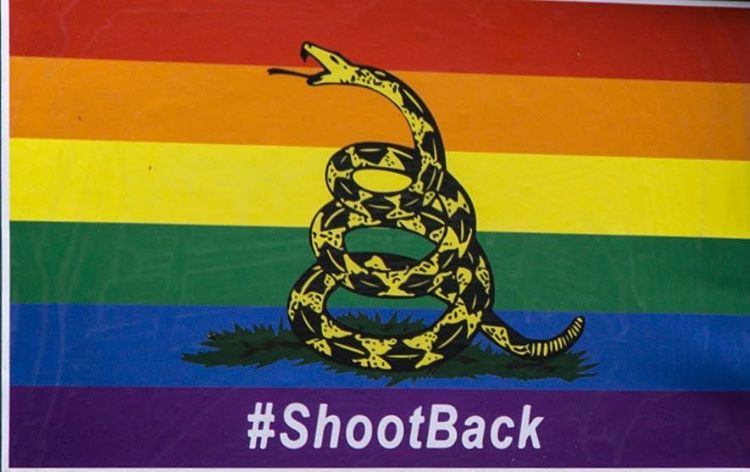 BY TROY MASTERS | This is just too easy. The “Don’t Tread On Me” symbol of the American Revolution, a favorite symbol of the Tea Party, has been appropriated by West Hollywood artist, Chad Michael Morrisette, according to a right-wing website Daily Wire, who they say plastered WeHo with the images.  He also put 49 mannequins on top his West Hollywood home along with a sign that says, “50 Dead People #GunControl.”

In 2013 Morrisette ran for City Council in West Hollywood.

The images are disturbingly out of step with the movement to address gun control and the proliferation of weapons of mass carnage but are in keeping with Morrisette’s provocateur reputation.

The posters harken back to and riff on LGBT history.  In the 1990s, when violence against gays and lesbians was at epidemic levels, Queer Nation chapters emerged nationwide and organized to combat violence, often taking the streets and chanting “Queers Bash Back.”