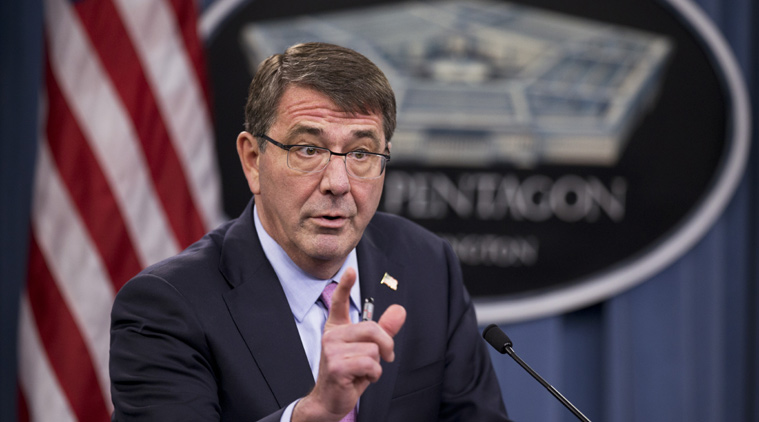 BY TROY MASTERS  |  Defense Secretary Ash Carter on June 30 announced a repeal of the Pentagon’s ban on transgender service members, a controversial decision that ends nearly a year of internal wrangling among branches of the services on how to allow those troops to serve openly.

The policy, which allows members to transition gender while serving, sets standards for medical care and will be phased in over a one year period.

With the change no one can be “discharged or denied re-enlistment” based on gender identity.

The new policy does not allow new service members who are transgender to join the military until the new program is fully in place.

“This is the right thing to do for our people and for the force,” said Defence Secretary Ash Carter. “We’re talking about talented Americans who are serving with distinction or who want the opportunity to serve. We can’t allow barriers unrelated to a person’s qualifications preventing us from recruiting and retaining those who can best accomplish the mission,” he said

Carter said there are about 2,500 transgender people serving in a total force of about 1.3 million people.

An estimated 0.6% of adults in the United States, or 1.4 million individuals, identify as transgender, according to a new study authored by researchers at The Williams Institute at the UCLA School of Law. In California that number is 0.8%.

Mr. Carter called the policy “a matter of principle” and spoke of meeting transgender service members over the years to discuss how best to meet their needs.

“I’m confident that we have reason to be proud today on what this will mean for our military,” he said. “It’s the right thing to do. Our military, and the nation it defends, will be stronger.”

Rep. Mac Thornberry, a Texas Republican who chairs the Armed Services Committee, called on the Pentagon in a letter last July to provide a range of information on the impacts of repealing the ban.

Among the questions Thornberry asked:

He also asked about how far the Pentagon would go to provide medical treatment for transgender troops, “including behavioral health treatment, cross-hormone therapy, voice therapy, cosmetic or gender reassignment surgery and other treatments?”

Thornberry was not happy with the timing of the announcement, he said in a statement last week.

“If reports are correct, I believe Secretary Carter has put a political agenda of a departing administration ahead of the military’s readiness crisis,” Thornberry wrote. “The force is exhausted from back to back deployments and spending their home-station time scrambling to get enough equipment and training before they deploy again.  My focus is on helping the troops now — to be the most effective, deployable force possible.

“Consistent with that philosophy, when we learned DOD was looking at new policies on the service of transgender individuals, the Committee posed a number of questions to DOD,” he said. “In particular, there are readiness challenges that first must be addressed, such as the extent to which such individuals would be medically non-deployable. Almost a year has passed with no answer to our questions from Secretary Carter. Our top priority must be war fighting effectiveness and individual readiness is an essential part of that.”

Several issues relating to repeal of the ban have proven to be contentious, according to officials familiar with the review but not authorized to speak publicly about it. One sticking point has been how long transgender service members would have to serve before being eligible for medical treatment to transition to the other gender.

The Pentagon commissioned a RAND Corp. report on transgender troops but has not released it. It estimated that there are fewer than 2,500 transgender service members, 65 of whom would seek medical treatment each year, according to The New York Times.

The Pentagon has not tracked the number of troops dismissed under the policy.

“At long last, thousands of brave transgender patriots will be able to serve our nation openly with the respect they deserve,” said HRC president Chad Griffin in a press release. “This historic announcement will not only extend long-overdue recognition to thousands of transgender service members, it will strengthen our military and our nation. By turning the page on this disgraceful policy, we will now be able to recruit and retain the very best candidates, rather than discharging highly trained, talented transgender service members for no other reason than who they are.”

Carter said he looked to the policies in countries like the UK, Israel and Australia, which already allow transgender members to serve openly for guidance.