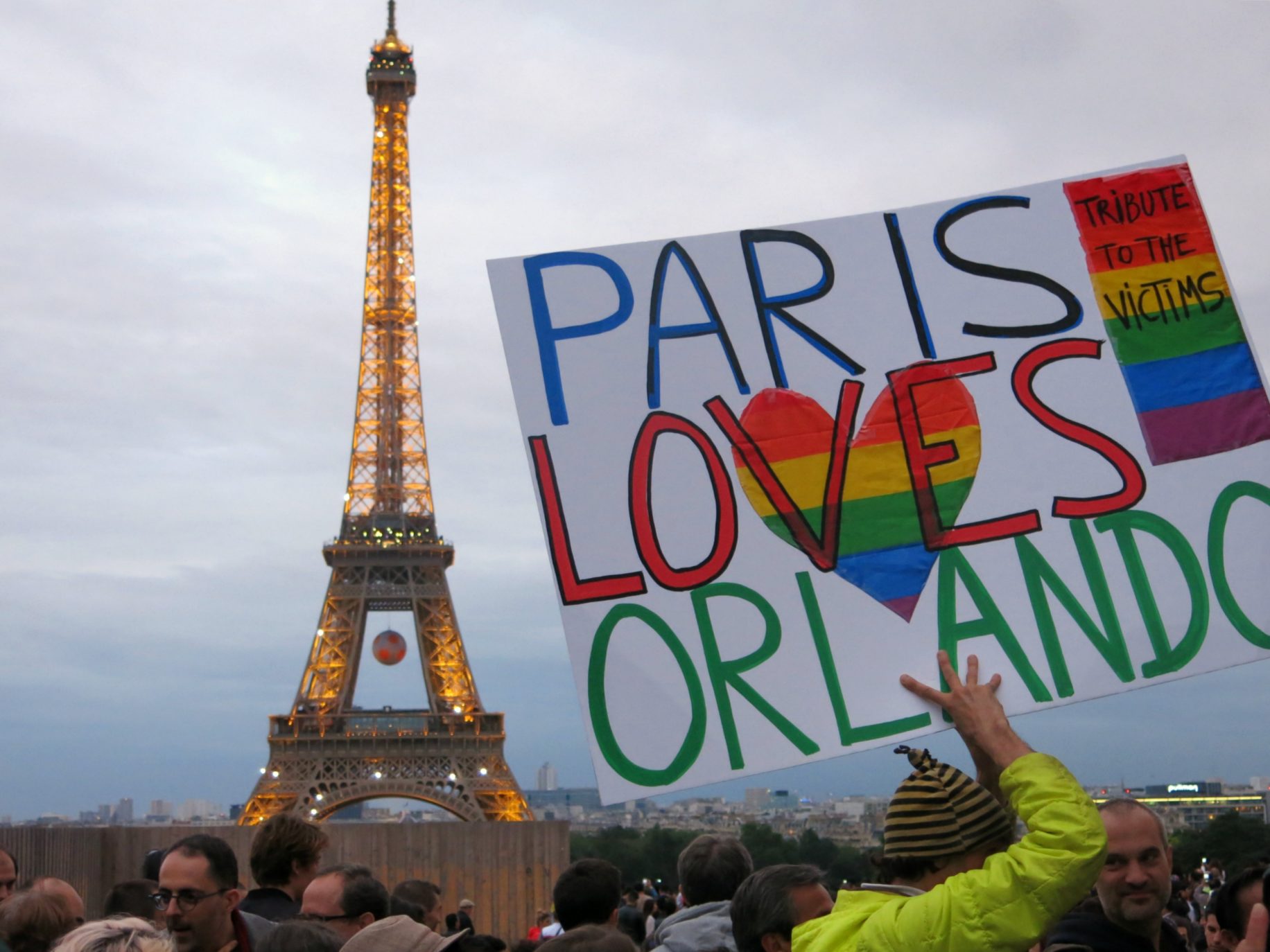 Several hundred people gathered in the Paris on Monday evening for a “We Stand With Orlando” vigil in response to the anti-LGBT massacre that had taken place in Orlando, Fla., over the preceding weekend. The Paris LGBT Community Center and the Inter-LGBT, a coalition of Paris-area LGBT associations, sponsored the event. In a Facebook invitation, the organizers noted that participants would come together “in tribute to the victims and in support of their loved ones.” Under cloudy skies on the Terrace of Human Rights and Liberties across the Seine from the Eiffel Tower, speakers from numerous national and local LGBT organizations expressed their sorrow, their anger and their will to continue the movement for LGBT equality. The LGBT news site Yagg reports that similar vigils have taken place or have been announced in 27 other French cities.

The Los Angeles LGBT Center received an $80,000 grant to help Californians enroll in Medi-Cal and other programs.  The grant...

The City of Los Angeles has become a no-kill city for animal shelters for the first time, thanks to the...

A new survey by Gallup shows that more adults are identifying as LGBTQ than ever before — an increase driven...