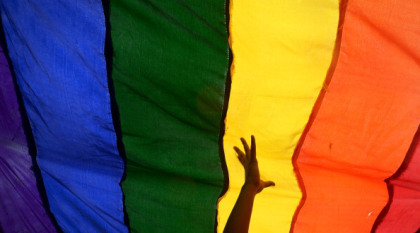 On Thursday, flags nationwide are at half-staff in memory of the 49 people who died in the mass shooting of a gay nightclub, everywhere, that is, except Baldwin County, Alabama.

Baldwin’s county commissioner, Tucker Dorsey says it’s not a “valid circumstance or memorial as specified in the U.S. flag code.”

President Obama ordered flags nationwide to be flown at half-staff until sunset on Thursday, and Alabama Governor Robert Bentley has issued orders that all municipalities follow that order.

In a statement published to Facebook, he said the order is “inconsistent with the adopted flag code.” The law he cited, 36 U.S.C. § 175, says the flag should be put at half-staff to commemorate Memorial Day, and the deaths of high-ranking government officials, among other incidents.

Why 49 gay people being slaughtered by a gunman does not rise to the level of ‘other incidents,’ will have to be left to the imagination, however Baldwin County, Alabama was one of the last places in the state to issue gay marriage licenses, accepting them but holding them without validation.

Dorsey claims keeping the flag held high is the same as  “holding our head up with courage above all others.”

You can read Dorsey’s full statement here. He said he made the same decision after the San Bernardino shooting and Paris terror attacks:

After the worst mass shooting in American history his move is shocking.

It is common Presidential practice to order flags set to half-staff in the wake of major tragedies.