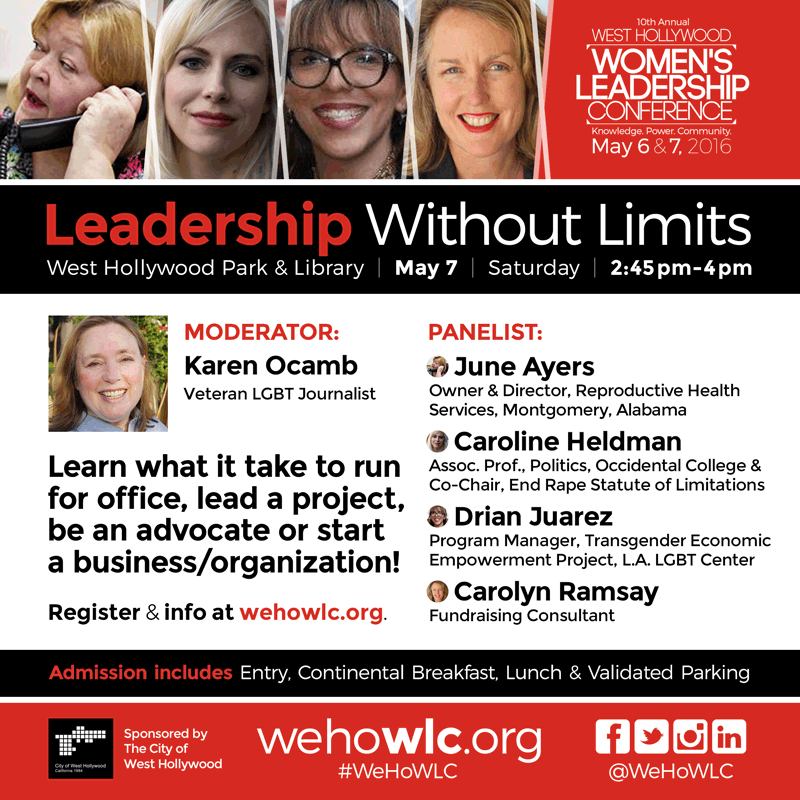 By KAREN OCAMB  |   Young women watching the HBO film “Confirmation” might have been shocked by the ugly treatment stately Brandeis University Law Professor Anita Hill received during the 1991 Senate Judiciary hearings on the confirmation of Clarence Thomas to the U.S. Supreme Court.

Hill accused her former boss at the Equal Employment Opportunity Commission of sexual harassment and instead of taking her seriously, the all-male panel aggressively put Hill on trial. That inquisition broadcast “live” on TV prompted several angry Democratic women to run for office, including Washington state senator Patty Murray, Illinois’ Carol Moseley Braun and California’s Dianne Feinstein and Barbara Boxer who all ran for U.S. Senate and won, joining Sens. Nancy Kassenbaum and Barbara Mikulski. The press declared 1992 “The Year of the Woman.”

Also grabbing the national spotlight that year was Hillary Clinton, whose husband, Ark. Gov. Bill Clinton, had been elected president. This year may well turn out to be another “Year of the Woman” as Hillary Clinton makes her own bid for the presidency, versus serially sexist Republican business mogul and reality TV star Donald Trump who has accused Clinton of “playing the woman card.” Women around the world have been inspired by Clinton’s fortitude, experience and leadership capabilities—but they have also watched as she has been put on trial by the media and forced to endure intimate questions while Trump seems to get a pass on his unsavory past.

Whether one likes Hillary Clinton or not, she is clearly tough and tenacious, with an incomprehensible thick skin. Is that what is required for a woman to be a leader? How do women become leaders, especially feminists who are accustomed to leading by consensus? How do women leaders overcome obstacles – from the absurd to the dangerously threatening?

Those are just some of the questions I will ask as moderator of the panel “Leadership Without Limits” at the West Hollywood Women’s Leadership Conference www.wehowlc.org Saturday, May 7, from 2:45 pm – 4:00 pm at the WeHo Community Meeting Room at the WeHo Library (625 N. San Vicente Blvd.). The City is offering readers of The Pride L.A. a discounted rate of $25 for the conference by registering and using the code Karen4WLC16 here: http://bit.ly/22dEiG5

The conference started today, and will continue through to tonight’s kick-off film screening of Trapped at 7:00 pm in the West Hollywood City Council Chambers. Find more details about the conference and the schedule here: www.weho.org/Home/Components/News/News/4726/23 ALSO follow the conference on Twitter via hashtag #WeHoWLC and @WeHoWLC.

The women on the “Leadership Without Limits” panel promise to offer fascinating stories, important advice and helpful insights. There will be time for audience participation at the end. Here are the panelists’ bios:

Drian Juarez is the Program Manager of the Transgender Economic Empowerment Project, as part of the L.A. LGBT Center’s Legal Services Department.

Drian Juarez works as a consultant on Transgender issues in the workplace and assists in developing programs for communities endeavoring to help Transgender people get back to work.

In her role, Juarez developed a coalition of grass-roots organizations to help meet the specific needs of the Transgender community. She has collaborated with homeless shelters to provide housing and basic living needs, coordinated with non-profits and schools to offer basic job training and has taught over 500 employers in law enforcement, government entities and businesses on the unique issues faced by the Transgender community.

Juarez, who is also a current member of the West Hollywood Transgender Advisory Board, got her start as a community organizer when she was hired as the Lead HIV Outreach Health Educator at a local Los Angeles non-profit agency. In that capacity, Juarez provided a myriad of services in the West Hollywood area to trans-women to help them move from the street economy to empowering career paths and job opportunities.

Through her work Juarez has not only developed a significant knowledge base of the resources required to help transgender people get back to work but also understands what it takes to build lasting relationships with the variety of community-based social service agencies and employers who support the work of TEEP.

Caroline Heldman is an Associate Professor of Politics at Occidental College and Co-Chair of the effort to End Rape Statute of Limitations.

She has published in the top journals in her field and co-authored Rethinking Madame President: Are We Ready for a Woman in the White House? Prior to teaching at Occidental College, Heldman taught at Whittier College, Fairfield University, and Rutgers University.

Heldman has also been active in “real world” politics as a congressional staffer, campaign manager, campaign consultant, and political activist. She drove to New Orleans to help rebuild the city after Hurricane Katrina hit the Gulf Coast in 2005, and she has returned many times since. Heldman works in a leadership position with Common Ground, a New Orleans-based grassroots relief organization, and is the co- founder of Critical Response, a group that provides volunteers to engage in high-risk rescue efforts during crises and disasters.

Heldman has worked as the general manager for Bio-Energy Systems, a research manager for Consumer Health Sciences, a political reviewer for the Associated Press and as a reporter for KPFK Los Angeles. Heldman’s work has been featured in the New York Times and U.S. News and World Report.

June Ayers is the Director and Owner of Reproductive Health Services in Montgomery, Alabama, and is featured in the film Trapped.

June Ayers is the owner and administrator of a clinic providing abortion services for the women of Alabama for more than 37 years.

Ms. Ayers is a recipient of the 2015 ACLU Medal of Liberty Award. She was graciously asked to take part in the documentary film, Trapped, produced by Trilogy Films, to lend a voice to the independent abortion providers and their never-ending struggle with hostile state governments. Trapped has premiered in such venues as Sundance Film Festival and South by Southwest. The film will be airing nationwide on PBS in June 2016 when the Supreme Court is expected to rule on the Texas HB2.
In December 2015, she met with members of a United Nations team to identify and highlight the barriers she and others are facing in providing services to women in the South. She is an advocate for women’s rights and other progressive issues. She resides in Montgomery, Alabama with her dog, Munchkin and parrot, Buddy.

Carolyn Ramsay’s experience in journalism and Los Angeles city politics reinforced a belief that living conditions, a sense of community and access to a the natural environment exert tremendous power in people’s lives. As Chief of Staff for Los Angeles City Councilmember Tom LaBonge, she worked to expand well-designed low-income housing, protect neighborhoods and improve city parks. Her park development work extended to serving as the Los Angeles Program Director for the Trust for Public Land and currently her work as a consultant to the Los Angeles Parks Foundation. Prior to public service, she was a newspaper reporter and correspondent for People Magazine.

By Karen Ocamb May 6, 2016
in NEWS, WEST HOLLYWOOD
Related Posts