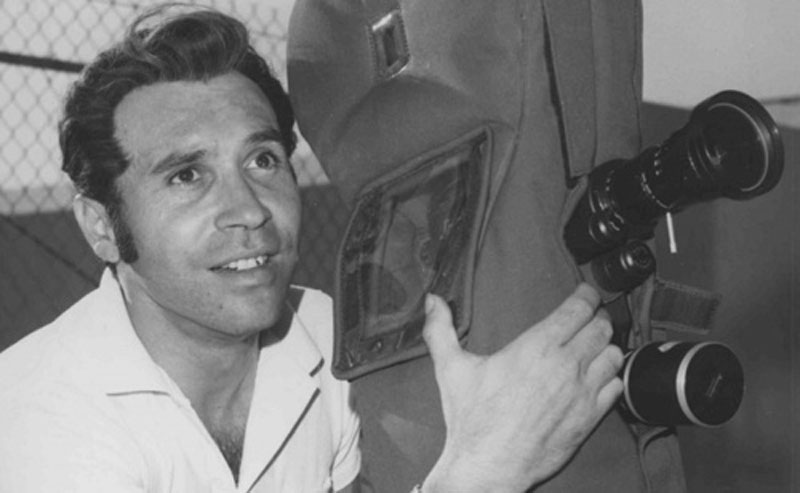 Earlier this month, when controversy threatened numerous changes to LA Pride’s three day festival it was a letter from Pat Rocco, the first President of Christopher Street West (CSW) and founder of the Pride Festival that stunned, perhaps puzzled, some critics of CSW’s plans.

The letter, read aloud at a meeting of the West Hollywood City Council, seemed to take aim at critics who alleged 2016’s CSW board was changing the nature of the Festival by rechristening it “Music Festival,” a move that seemed to downplay the very history and legacy gay pride events have traditionally been designed to celebrate.

CSW President Chris Classen, reinforced those fears when he told West Hollywood City Council that “adding the word ‘music’ to the title of L.A. Pride is a subtle welcome to a younger generation who does not inherently understand the historical context of the event.”

Classen said the change represented an “evolution” of LA Pride.

His statements were widely understood to mean that CSW was dumbing the event down in an appeal to “millennials” who may not care about gay rights, a perception that sent shivers through the community.

The transformation of the once grassroots Pride Festival into a rave-like, multi-staged, highly produced mega Music Festival seemed like a radical departure.

Critics accused CSW of turning LA Pride into “Gay Coachella,” saying they were wilfully and hell-bent on erasing the event’s legacy and edging out or ignoring more senior members of the community.

Outrage also grew over plans to jettison free admission on Friday, the reduction of time and space available for transgender and dyke events, the increase in ticket prices, elimination of small business booths and some non-profit outreach booths.

All of those items were a source of tremendous community-wide concern at the time Rocco’s letter was written and read aloud.

“After reading that article online it is with much dismay that I see elements of our community have taken it upon themselves to question all the good works and decision that CSW has made. This has rubbed me the wrong way. Such an important annual event for our community takes many hours, weeks and months to sort out and analyze by well meaning board members who want nothing more than to present the best event every year. There has to be logical reasons for these changes this year, and those logical reasons must have been well thought out. Just guessing about it is not enough. Changes happen when an entire board finds it necessary. They did not make these decisions lightly but rather with reasoning and forethought. I fully support all the decisions and efforts made by Chris Classen and the CSW board, knowing that those important decisions were thoughtfully and carefully considered as the best way to go this year.  I invite all those who disagree to actually join or attend CSW board meetings for next year. Get involved.” Rocco’s letter read.

Given Rocco’s place in LGBTQ LA history, both as a documentarian and as as pioneering member of the community, the letter — unsolicited, says Rocco — certainly had the power to change the narrative and quiet critics.

Ivy Bottini, 90, said “I was shocked when that letter was read.  I was really shocked that Pat wrote that letter.  I know Pat.  If he had the facts he would never have written that letter.”

CSW certainly used the letter to their advantage.

After reading Rocco’s letter aloud, Terry Zeller, a CSW supporter, declared it a “call to action” and suggested the concerns of those who disagreed should be ignored. Another CSW supporter exhorted the community to embrace “evolution.”

Pat Rocco, however, now says ‘not so fast.’

“They used my name, they used my letter and now I have to apologize to the community,” he said in a phone call from Hilo, Hawaii that he initiated with The Pride LA.

“I spoke to Chris Classen two or three times and I sent a letter in support.  But now that I know more about what was happening on the ground at the time I realize I was not told about some key things…I was told different things on the phone — and a whole lot of things — but the demands and specific complaints that were being made were just left out…they didn’t tell me everything,” said an irate Rocco.

“They didn’t tell me about the elimination of the community awards, the exclusion of non-profits and small business booths or that entry prices were going to be increased. I didn’t know they were going so off the beam with what they were doing,” Rocco said.

“I didn’t know, for example, that their board serves under a confidentiality or non-disclosure agreement.  I had no idea about that,” he said with astonishment.

“I don’t believe in that at all,” he said, adding “I believe in being totally open.”

“I retract that letter,” he now says.

He says his letter was intended to be “like a pat on the back, a collegial statement” from a predecessor.

Classen and CSW ultimately responded to a threatened boycott from a group called #notourpride, issuing an open letter to the community and giving in to several of their demands.

“We heard you and we are sorry,” the letter read.

“As an LGBTQ community based nonprofit organization, Christopher Street West has strived to create an annual Pride celebration that brings our entire community, friends and allies together in celebration of the unique diversity that makes each of us a valued member of society. As a mostly new governing board our goal was to create the best LA PRIDE experience to date. As we endeavored to create such an event we have made a few missteps along the way that have left valued members of our community feeling left out or under appreciated. This was never our intention. We’ve heard your concerns and objections and we sincerely apologize,” the letter continued.  The boycott by #notourpride was called off.

But the LA Pride Music Festival and Parade is on. Yes, that’s right, “Gay Coachella,” as critics call it, is on.

So, what of Rocco’s claim?  Was he used?  Was he hoodwinked?  Were you? Was Pat Rocco really standing against critics of CSW?

Did CSW attempt to deflect harsh criticism by soliciting a letter of support from a legendary activist without fully disclosing to him the extent of criticisms being waged against them, a statement they could then use to quell or perhaps split a storm?

“I believe Pat Rocco’s intentions were honorable, but that he was mislead and not fully informed.  That was Chris Classen’s responsibility,” says Robin Tyler, the 74 year old activist who was a producer of the stages at the three marches on Washington, D.C..

Classen, in a statement he emailed to The Pride LA, did not address Rocco’s letter other than to say “We have exchanged emails and phone calls on a regular basis throughout the planning process.”

Classen says the concerns about history and legacy being supplanted by the festival’s ‘evolution’ are unwarranted.

“We have not had awards for a few years. They used to be given at our annual Awards Brunch which had to be cancelled due to budget issues,” he wrote.

He noted that “this year, recognizing the work that many leaders have done on behalf of the community, I asked our board to work on a new Awards Program for next year. We are excited to return to an event that properly recognizes community leaders and their contributions.”

“This year’s festival,” he claims “will be identical to last years in terms of layout and programming. We have some incredibly engaging art to see and experience, great local food to share.”

“And as always,” he adds “new music to discover.”