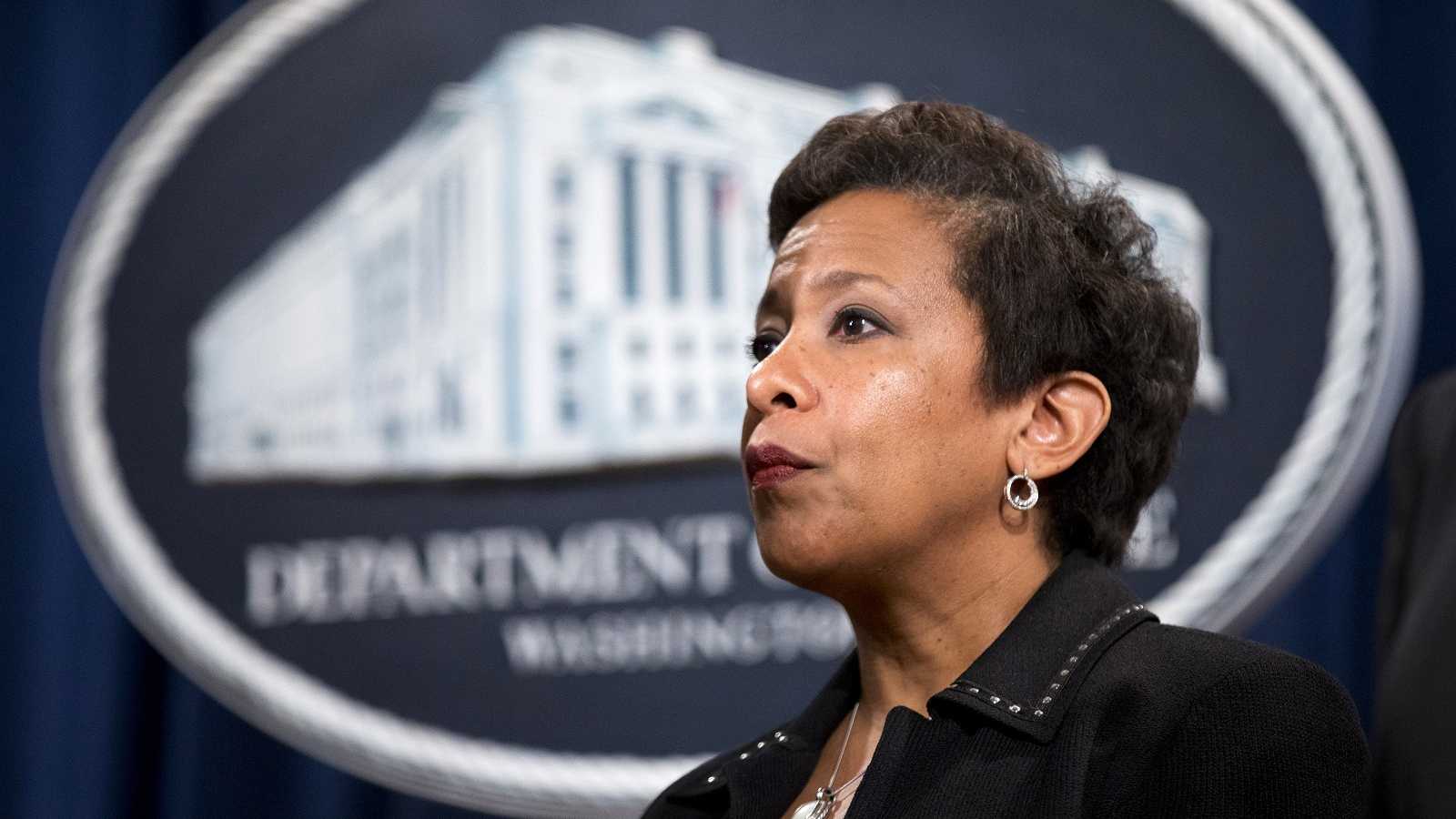 BY STAFF  |  Loretta Lynch, Attorney General of the United States of America, has fired back at Governor Pat McCrory of North Carolina who today sued the United States Department of Justice for challenging the state’s new law on public restroom access for transgender people.  The Department of Justice in turn has sued North Carolina, declaring it in violation of Title VII and Title IX.  The move means the state faces the loss of federal funds (if the law is not repealed), a move with national implications.

Lynch, who is from North Carolina, implored the state to learn from it’s history. “State sanctioned discrimination never works. It was not so long ago that North Carolina had signs above bathrooms keeping people out.”

“The Obama administration is bypassing Congress by attempting to rewrite the law and set restroom policies for public and private employers across the country, not just North Carolina. This is now a national issue that applies to every state and it needs to be resolved at the federal level,” North Carolina Gov. Pat McCrory said in a statement about the Federal lawsuit. He maintains the action is an attempt to “clarify” national law.

Last week the United States Department of Justice warned North Carolina that the state was in violation of the Civil Rights Act of 1964 for making a law that prohibits people from using public bathrooms that do not correspond with the gender listed on their birth certificates.

McCrory, in the suit accuses the Justice Department of a “radical reinterpretation” of civil rights laws.

“The (Justice) department contends that North Carolina’s common sense privacy policy constitutes a pattern or practice of discriminating against transgender employees in the terms and conditions of their employment because it does not give employees an unfettered right to use the bathroom or changing facility of their choice based on gender identity,” the state claims in papers filed in a Federal District Court in North Carolina.

“The department’s position is a baseless and blatant overreach,” North Carolina maintains.  It is a classic ‘State’s Rights’ defense.

The North Carolina bathroom bill became law after being approved by the General Assembly during a one-day special session. The law has drawn boycotts and protests from corporations, small businesses and gay rights groups internationally. Critics say it is an expansive assault on a full spectrum of LGBT rights, baring local governments from approving anti-discrimination ordinances and taking away the right for LGBT people to bring discrimination claims in state courts.

A similar case in 1992, in which voters in Colorado approved a constitutional amendment prohibiting any agency, school district, or local government from protecting “homosexual, lesbian or bisexual” people also invalidated the LGBT anti-discrimination in the state. The case wound its way up to the Supreme Court of The United States and the law was struck down.  The law was struck down by the Supreme Court but the court did not address the issue thoroughly and left the door open to other rationales for anti-LGBT forces — cost, religious deference and so on.

For several decades now the Supreme Court, in every gay rights case that has come before it, has missed the opportunity to address head on whether gays are a persecuted minority who deserve heightened protections under the constitution’s declaration of equal treatment under the law.

McCrory and his supporters have maintained that the anti-transgender law is meant to address sexual assault. But during a May 8 interview on Fox Broadcasting Co.’s Fox News Sunday, host Chris Wallace repeatedly asked the governor whether there had been any convictions in North Carolina for “using transgender protections to commit crimes in bathrooms.” McCrory was forced to admit “Not that I’m aware of.”

McCrory’s suit is in direct response to the deadline the US gave the governor to declare a timeline that would “remedy these violations,” or face the inevitability that the Federal Government will “apply to the appropriate court for an order that will ensure compliance with Title VII.”

McCrory now argues that the Justice Department is engaged in “an attempt to unilaterally rewrite long-established federal civil rights laws in a manner that is wholly inconsistent with the intent of Congress and disregards decades of statutory interpretation by the courts. The overwhelming weight of legal authority,” he said, “recognizes that transgender status is not a protected class under Title VII.”

“Rather than effectively engage in the legislative process, the constitutional process by which elected representatives of the people of North Carolina and the United States enact laws, the Obama administration continues to circumvent the will of the electorate and instead unilaterally exert its extreme agenda on the people through executive orders, radical interpretations of well-settled, common-sense laws and through the federal court system,” North Carolina State House of Representatives Speaker Tim Moore, said in a statement last week.

Moore has said that federal officials had set impractical deadlines — the close of business on Monday — for a response from both the state.

Governor McCrory said of the Justice Department’s actions, “It’s the federal government being a bully.”

By thepridela May 9, 2016
in NEWS
Related Posts