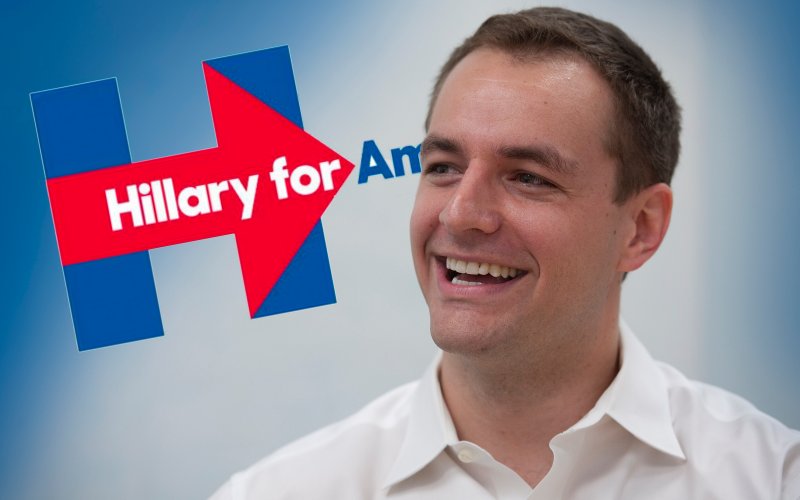 BY KAREN OCAMB  |    Not only is former Sec. of State Hillary Clinton poised to shatter that final glass ceiling and become the first woman elected President of the United States—but an out gay man is leading the way there. In fact, Robby Mook,  36, is also making American history as the first openly gay manager of a major presidential campaign.

Mook, Teddy Goff, Chief Digital and Technology Strategist and other #ImWithHer Hillary For America supporters will be in West Hollywood Thursday, May 12, for a fundraiser from noon to 1:30pm at Craig’s Restaurant http://craigs.la at 8826 Melrose Ave. (310-276-1900). Contribution levels range from co-host at $2,500 to Supporter at $250. For more info, contact Tim Merritt at tmerritt@hillaryclinton.com (or at 214-437-0280). To RSVP, click here for the online invitation.

On Tuesday. the Washington Blade announced its endorsement of Clinton for President. After underscoring the significance of having the next president nominate possibly three Supreme Court Justices, Blade editor Kevin Naff wrote, in part: “We’ve made stunning progress thanks to President Obama, but make no mistake that Trump can and would turn back the clock on our equality in myriad ways. First, Trump has pledged to immediately revoke President Obama’s executive orders, which would certainly include the order that bars discrimination against LGBT employees of federal contractors. That order covers about 20 percent of the entire American workforce and our advocates fought hard to get it implemented. The thrice-married Trump has also promised to nominate Supreme Court justices who would overturn the Obergefell ruling and end marriage equality.”

“The LGBT community cannot risk a Trump presidency. Hillary Clinton has promised to continue President Obama’s fierce advocacy on LGBT issues. And she’s backed up those words with specific, detailed policy proposals. Further, she has a record now of advocating for LGBT people around the world as secretary of state. The Blade has interviewed scores of overseas activists and they routinely cite her Geneva speech in which she famously said, “gay rights are human rights” as a game changer. Make no mistake that her public stand in defense of gay rights abroad has saved lives.”

Though a big “thank you” is owed to self-described democratic socialist Sen. Bernie Sanders, “he has been mathematically eliminated from winning the nomination with pledged delegates. There simply is no credible path to victory. And the specter of what comes next should scare all voters into realizing the responsible thing for Sanders to do is to withdraw, endorse Clinton and start planning a national tour of college campuses to rally young voters to her side,” Naff writes.

“The time has come to move past divisive fights of the past and rally around an ally who has pledged to put the full weight of her administration and bully pulpit into maintaining and advancing LGBT equality. Hillary Clinton is that ally and has earned LGBT support in November,” Naff says, concluding The Blade’s endorsement.

On Tuesday, May 10, Mook distributed a “State of the race” email update to supporters. He says:

“With a lead of more than 3 million popular votes and 283 pledged delegates, there is now no doubt that Hillary Clinton will be the first woman in American history to earn the presidential nomination of a major party. Although a number of upcoming primary contests in May structurally favor Bernie Sanders, their outcomes will not change the trajectory of the primary. Hillary will continue to campaign in primary states alongside supporters and volunteers who are working hard to earn as many delegates as possible. At the same time, the campaign is beginning to prepare for the general election now that Donald Trump has become the presumptive Republican nominee.

We Maintain An Insurmountable Lead in the Primary:

Preparing for Donald Trump in the General Election:

Hillary will honor the primary process and compete for every vote and every delegate until the District of Columbia primary on June 14th. But with so much at stake in the general election, the campaign has begun to build our organization in battleground states.

Donald Trump has proven himself to be a loose cannon and a bully – too divisive, too erratic and too self-interested to hold the world’s most important job. Remember: Trump wants to punish women for making their own health decisions. He opposes raising the minimum wage and even says wages are too high. His tax plan would give away trillions to the wealthy, but potentially bankrupt Medicare or Social Security. He believes that climate change is a hoax. And that we should let more countries obtain nuclear weapons. With so much at stake, Donald Trump is simply too big of a risk.

Thanks to funds raised through the Hillary Victory Fund, we are now beginning to invest in organizing programs in key battleground general election states like Ohio, Virginia, Florida and other states across the country. We have put top-flight state directors and senior leadership teams across the battleground states and we’re now aggressively hiring staff to register voters, recruit volunteers, and organize Democrats to turn out and support candidates up and down the ballot – and to ensure that Hillary Clinton, not Donald Trump, will be the next President of the United States.