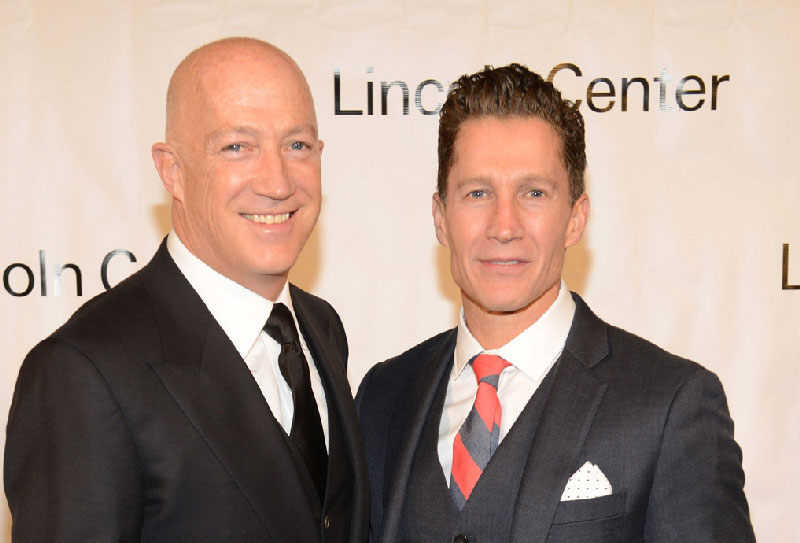 BY STAFF  |  Bryan Lourd, the head of Creative Artists Agency, the world’s leading entertainment and sports talent agency, along with his partner, Bruce Bozzi, are set to host a private reception at their Beverly Hills mansion on Wednesday, April 20 for some of Hollywood’s most influential entertainment figures.

The couple hopes to enlist powerful allies in the fight against the growing tide of anti-LGBT laws across that are being enacted nationally, particularly in North Carolina and Mississippi.

Several laws have passed banning transgender people from entering public bathrooms and granting businesses the right to refuse service to LGBT customers. North Carolina had gone as far as prohibiting municipalities from enacting local ordinances that would protect LGBT residents. Tennessee is considering a bill that would allow therapists and counselors to reject LGBT patients. And there are more.

A variety of entertainment figures — Bruce Springsteen, Bryan Adams, Ringo Starr, Pearl Jam and others — have cancelled appearances in states with anti-LGBT laws while others, like, Cyndi Lauper will perform but will donate the event proceeds to a local LGBT charity.  Dozens of Fortune 500 companies have also cancelled investments or made formal protests to Governors in those states.

The Hollywood Reporter, which first reported the meeting, says that Lindsay Rachelefsky, a Hollywood political consultant with Sky Advisory, wrote in the emailed invitation, “The challenges we are all facing to bring equality to every person and state in our country is more timely than ever. We all need to know what is happening right now across the nation and what we can do as a far-reaching group to help.”

“The needle is moving and now is the time for us to get together as a community and use our influence to help push those states that are openly discriminating against LGBT people,” Rachelefsky continues.

The meeting picks up on a plea made by Chad Griffin, president of the Human Rights Campain, at the 2016 Los Angeles HRC dinner, held in March while a similar bill was passed in the Georgia legislature.  Griffin denounced such bills as “wrong,” “un-American” and “an affront on all the values Hollywood prides itself on.”  He called on Hollywood to be prepared to do battle.

Many prominent leaders, actors and personalities heeded his call and on March 28, the Georgia governor announced that a would veto of the bill, saying, “In light of our history, I find it somewhat ironic that some in the religious community today feel that it is necessary for government to confer upon them certain rights and protections.”

North Carolina governor Pat McCrory that same week signed an even more draconian bill into law, enforcing a statewide ban on individuals using bathrooms that do not correspond to their biological sex.  Under pressure from a tsunami of reaction the Governor issued an executive order that blunted some parts of the law but reiterated parts of the bill related to bathroom use and biological gender.

And on April 11, the Tennessee legislature passed HB 1840, which allows private practice therapists and counselors to reject patients if their “goals, outcomes, or behaviors” violate the “sincerely held principles” of the provider. That bill is under consideration by the state’s Governor.

The counseling community has roundly denounced the law as so broad that it would allow counselors to turn away patients for virtually any reason.

A Tennessee bathroom bill that targeted transgender youth in public schools was pulled by it’s sponsors today after the Governor and his advisors became concerned the bill would violate Title IX and jeopardize federal funding for the state’s schools.

Tens of thousands of Tennesseans; major national child welfare, medical, and education groups; country music stars, most recently including Billy Ray Cyrus; more than 60 CEOs and major business leaders; and HRC in partnership with local LGBT equality advocates at the Tennessee Equality Project, ACLU of Tennessee, and the Tennessee Transgender Political Coalition, have been repeatedly calling on lawmakers to abandon all anti-LGBT legislation.