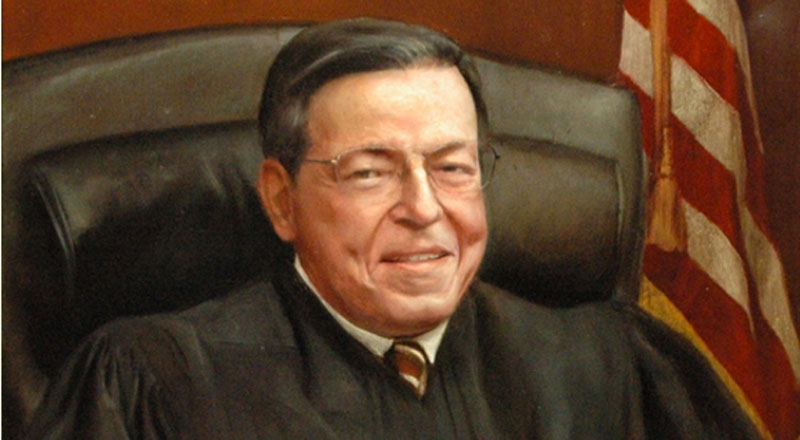 A United States District Court judge in Puerto Rico, Juan M. Pérez-Giménez, has just issued an order stating that the Supreme Court ruling that made same-sex marriage a constitutional right does not automatically apply to the island territory.

In a 10-page document, Perez-Gimenez denied the resources requested by the human rights defender and lawyer Ada Conde Vidal along with other plaintiffs almost two years ago against the constitutionality of Article 68 of the Civil Code of Puerto Rico that defines marriage as a civil institution between a man and a woman.

Perez-Gimemez said that the Obergefell v. Hodges ruling “does not incorporate the fundamental right in question to Puerto Rico through the Fourteenth Amendment (equal protection under the laws”) nor does it invalidate Article 68 (which defines marriage in the Civil Code of Puerto Rico)”.

The judge followed by saying that, “[i]t is not within the jurisdiction of this court to declare, as the parties request that the Fourteenth Amendment guarantees the right to marriage for same-sex.”

“One would be tempted to assume that the constant reference to the “states” in the case Obergefell includes the Commonwealth of Puerto Rico. However, it is not the function of this court to venture into such an interpretation,” says the judge in his decision.

“For these reasons, the Court concludes that the fundamental right to marry, as has been recognized by the Supreme Court in Obergefell, has not been incorporated into the legal reality of Puerto Rico,” he concludes.

Thus, the judge denied the plaintiffs’ request to rule that the ban against marriage for same-sex codified in Article 68 of Puerto Rico’s Civil Code is a constitutional violation.

It is important to note that the ruling also covers, and thus, denies, the plaintiffs’ second argument to the effect that refusing to recognize the marriages performed in other jurisdictions was a constitutional violation.

The United States Supreme Court is poised to decide a pair of cases that will conclusively tell us how Puerto Rico’s status as an unincorporated U.S. territory shall be interpreted when allocating constitutional rights.

One of the cases deals with bankruptcy laws while the second (and most important one), Pueblo v. Sánchez seeks to clarify the reach of the Fifth Amendment’s Double Jeopardy clause.

Scalia’s position during oral arguments in Pueblo v. Sánchez were in favor of applying the Double Jeopardy clause. His position in that case would credit the notion that Puerto Rico is an unincorporated territory, which would in turn support the basis for Pérez-Gimenez’s decision not to automatically apply marriage equality to the Island.

Justice Scalia heard this case prior to his passing and almost certainly left his views in writing before his untimely death. The Plaintiffs in the case against Article 68 immediately vowed to return to Boston’s Court of Appeals for the First Circuit hoping for a summary reversal of tonight’s unfortunate and unexpected decision by Pérez-Gimenez.