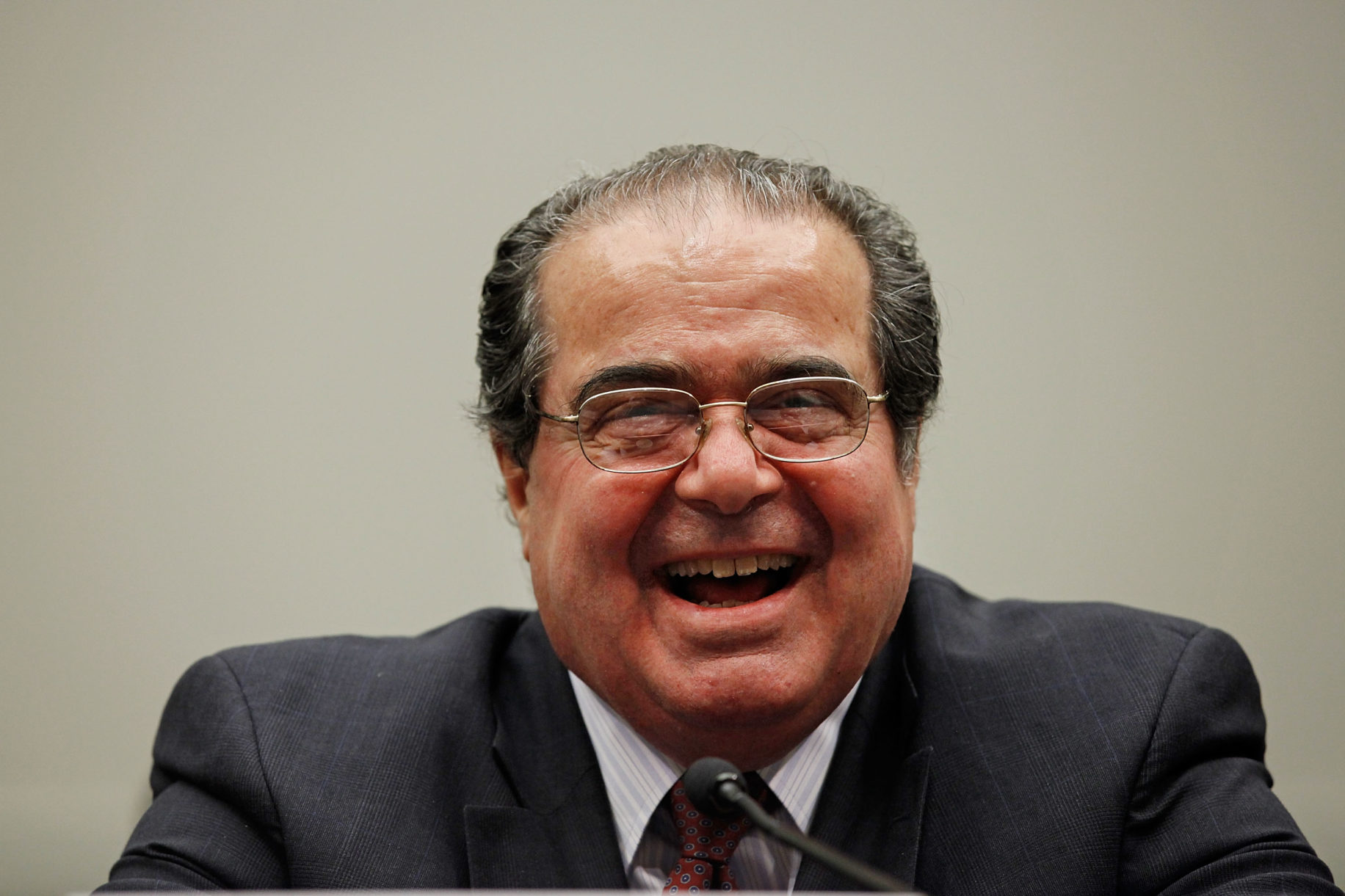 BY TROY MASTERS  |  FEB. 13, 2016  |  Antonin Scalia, Justice on the Supreme Court of the United States and leading opponent of gay rights since his appointment by President Ronald Reagan in 1986, was found dead today at a Texas ranch. He was 79 years old.

Scalia was deeply despised in the LGBT community for his outspoken opposition and judicial activism against LGBT rights. He was adored by right wing and christian conservatives. He opposed — with great animus and energy — every gay rights case that made it to the bench before and during his tenure.

Of the Court’s 1996 Romer v. Evans decision, a watershed gay rights case that stuck down Colorado’s anti-gay Amendment 2 by ruling that antigay sentiment does not justify state or federal laws that discriminate against gay and lesbian people, Scalia launched a tirade in his dissenting opinion: “If it is rational to criminalize the conduct, surely it is rational to deny special favor and protection to those with a self-avowed tendency or desire to engage in the conduct,” he wrote, referring to the Bower’s v. Hardwick, a Court ruling that was law of the land at the time and which upheld laws that made gay sex a crime.

In the 2003 Lawrence v. Texas ruling, a case in which the Court overturned laws that made gay sex a crime, Scalia wrote: “Today’s opinion is the product of a court, which is the product of a law-profession culture, that has largely signed on to the so-called homosexual agenda, by which I mean the agenda promoted by some homosexual activists directed at eliminating the moral opprobrium that has traditionally attached to homosexual conduct.”  Scalia wrote that sodomy laws were no less important than laws prohibiting things like bigamy, incest and bestiality.

He correctly predicted the decision would result in the recognition of a constitutional right to same-sex marriage.

In the 2013 Windsor v. United States ruling, which struck down Section 3 of the Defense of Marriage Act, Scalia wrote in his dissent: “That is jaw-dropping. It is an assertion of judicial supremacy over the people’s Representatives in Congress and the Executive. It envisions a Supreme Court standing (or rather enthroned) at the apex of government, empowered to decide all constitutional questions, always and everywhere ‘primary’ in its role.”

He said of the 2015 Obergefell v. Hodges decision, which struck down state bans on same-sex marriage, that the ruling was “the furthest imaginable extension of the Supreme Court doing whatever it wants,” and said the question of same-sex marriage “has nothing to do with the law. Saying that the Constitution requires (same-sex marriage) is contrary to the religious beliefs of many of our citizens—I don’t know how you can get more extreme than that.”

His opposition to the decision was cited by a new breed of activists as a call to arms against gay rights, most notably Kim Davis who has seized on Scalia’s many assertions that Obergefell was an unlawful decision and a perversion of the law as the basis for  their refusal to offer basic civil benefits to LGBT people

Scalia was fond of saying that if the Court protects LGBT people it might eventually extend protections to child molesters.

Speaking last month at a Louisiana Catholic high school Justice Scalia claimed there is “no place” in the U.S. constitution requiring separation of church and state: “To tell you the truth there is no place for that in our constitutional tradition. Where did that come from?” Scalia said. “To be sure, you can’t favor one denomination over another but can’t favor religion over nonreligion?”