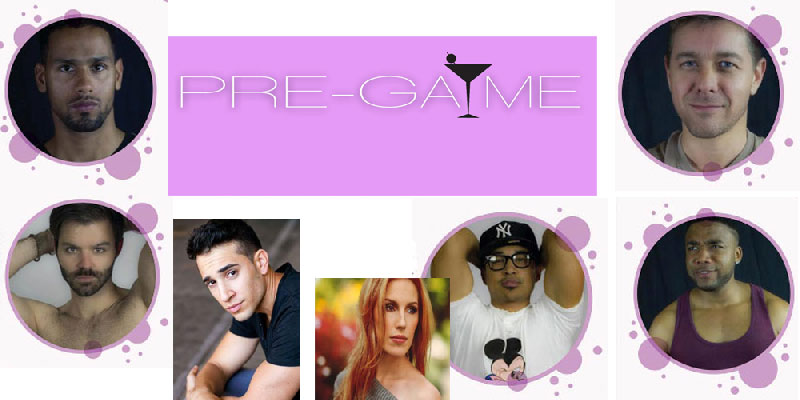 BY STAFF  |  The Pride LA Video Director John Boatner has been a busy queen bee of late, writing, shooting and editing a new web series called Pregame that will be featured every week online at thepridelaprod.wpengine.com/pregame.  The series, created by Boatner and written by V.A. Patrick Slade, features a talented and diverse cast of gay Los Angeles men who live life and amp it all up to a whole new frenzied gay level; drinks, diss, wit, WeHo (well, Motherload) laughter and plenty of Drama to weave together a world that is, well, gay…and fabulous.

Alongside Asher you will meet his his best friend, former athlete ADRIAN WILLIAMSON  (Jason Torres). His ex-personal trainer and confidant, STEVE REYNOLDS (Charles Kinsely) who brings his special wisdom to the group. Lawyer KAI LOPEZ (Leonardo Cruz) and the young and naïve actor “friend to all,” JONAS ANTOINE (Jarell Dubose) bring a unique vision of life with their struggles and achievements. Rounding them all out is THE Sean Milan as the no nonsense, wise cracking OLIVIER JOHNSON.

The Pride LA promises a robust 2016 video offering, says Boatner. “In addition to Pregame The Pride LA plans documentaries, newsmaker interviews, and video news reporting,” says Troy Masters, Founder and Publisher of The Pride LA and Gay City News in New York.  “John Boatner will be a major force for The Pride.”

Boatner, originally from Oakland, California, graduated from The University of San Diego. He is an award winning editor and director known for such works as The Transcendent, a film he created, directed and edited. His work recently appeared at the Cannes Film Festival.