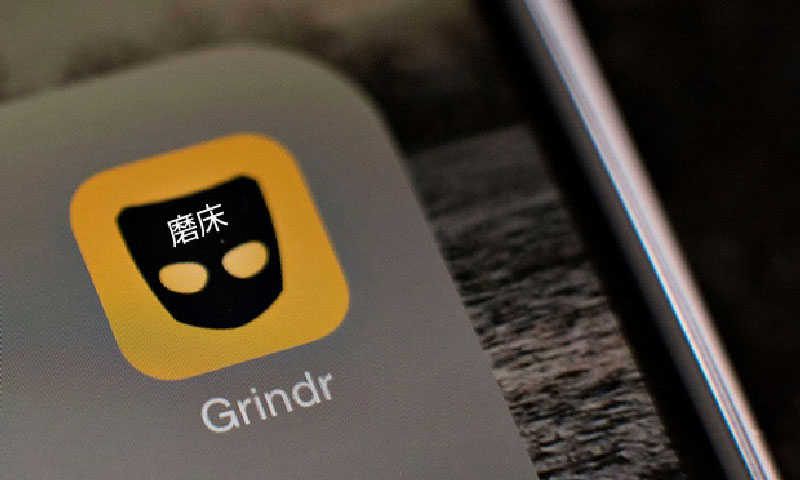 BY TROY MASTERS  |  It’s hard not to notice that Chinese investment companies are on a huge spending spree in Los Angeles.  Just last week Universal Pictures Legendary Entertainment group was snapped up by Wanda Group for nearly 3.5 billion dollars. Chinese cash has made Beverly Hills and Bel Air richer than ever.  But who would have imagined the spree would extend to gay sex hook-up apps? Grindr, of all things.

Whatever you are looking for — bears, twinks, meth, NSA, quickies, muscles, daddies, cuddles — you can find it on Grndr, where more than 2 million folks sign on everyday looking for something like love.  PNP anyone?

But Grindr, like everyone in a surface relationship, has worried users are looking for something more and that it’s value may dwindle unless it offers more.  Grindr just wants to be part of your life, and so is seeking ways to give users incentives to spend less time with apps like Scruff and Tinder.

Last year it was revealed that Grindr expected to generate about $38 million in cash flow from advertising and subscription revenues.  Perhaps not enough to sustain the company.

Grindr has allegedly sought investments from a number of sources in the past year. Enter the $93 million facelift.

Grindr, an app that single-handedly reinvented sex in the geo-locating modern age, has given majority ownership to Chinese gaming company Beijing Kunlun World Wide Technology Co. for a reported $93 million. That investment places a valuation of $155 million on the company.

Grindr claims 2 million daily users and has sought to expand — beyond sex — the role it can play in users day to day life.  The the investment is said to be sought for such expansion. Grindr, which launched in 2009, has faced unexpectedly stiff competition from Tinder since then.

Grindr claims to have generated $38 million in 2015 advertising and subscription revenue.

“For nearly seven years, Grindr has self-funded its growth, and in doing so, we have built the largest network for gay men in the world,” founding Chief Executive Joel Simkhai said in a blog post announcing the funding Monday.

The cash investment, it is hoped, will mean “business as usual,” with “a renewed sense of purpose and additional resources.”

The company has also invested in a grocery delivery company, livestreaming apps and an online shopping.

The investment is noteworthy because it is the first LGBT organization to have ever get financing from a Chinese firm and because LGBT people are largely shunned in China.