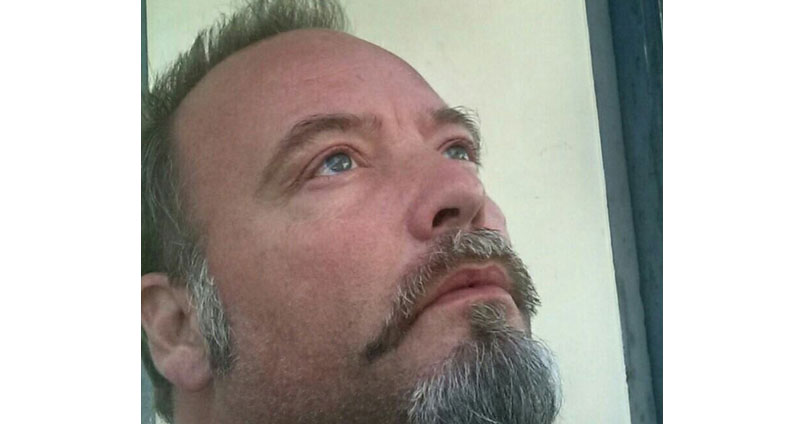 BY TROY MASTERS  |  A memorial service was held Saturday Dec. 5, 2015 for Larry Daniel Kaufman, 42, a gay man who was killed while working at a coffee cart inside the Inland Regional Center for people with disabilities in San Bernardino. He was gunned down when Syed Farook and Tashfeen Malik attacked the facility killing 14 and wounding dozens more.

The attack is being investigated as an act of terror and groups affiliated with Daesh have claimed credit.

Daniel Kaufman is a hero.  He is a hero for all Americans.

He was in the courtyard eating lunch with several of people near the corridor where he had been working as the shooting began. Daniel, always more concerned about everyone around him than himself, began screaming “Get out! Go!  Get out now! Hurry!” He began pushing people out of harms way, urging them to the safety of the door before he was shot and killed.

He is credited with saving 4 people’s lives, according to sources close to Ryan Reyes, Kaufman’s surviving partner.  Reyes will tell Daniel’s story this week on the Dr. Phil show.

Daniel was always the one person among his wide circle of friends that everyone  turned to for a quick, uplifting chat when they were having a bad day or wanted a laugh.

Many of those loved ones gathered at Irwindale, California’s Santa Fe Dam Recreation Area on Saturday to remember Daniel.

Friends gathered to share memories of Daniel, laughing and crying as they shared intimate exchanges with him, remembering their final contact and their favorite things about him.

His partner of three years, Ryan Reyes, retold Daniel’s favorite stories.  Daniel, he said, lived to make people laugh.  He loved to get that reaction from people.

Daniel, a practicing Wiccan, was a regular participant at the Renaissance Fairs who also loved scary movies and comic books.  He was looking forward to Star Wars and had recently met Carrie Fisher, who played Princess Leia in the original Star Wars films.

Some people at the memorial service knew Daniel only as the guy with the smiling face. It was only after his image was broadcast that some of them learned his name.

Ryan Reyes has a special message he wants to send:

“I speak for both Daniel and myself when I say that this attack should NOT encourage people to treat Muslims any differently than they would anyone else,” said Reyes.