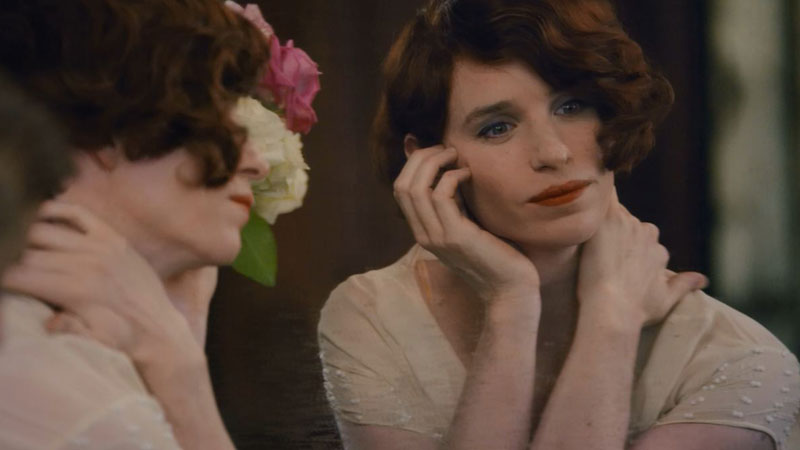 BY STEVE ERICKSON  |  Some critics have spent the past few years complaining about the lack of mainstream films depicting gay, lesbian or trans characters.  Well, be careful what you wish for. It’s ironic that even though our community has more rights now than  we did in the ‘90s, we’re less visible on movie screens. But over the past year, a small canon of mainstream-aimed films about queer or trans people has emerged: “The Imitation Game,” “Freeheld,” the notorious “Stonewall” and now British director Tom Hooper’s “The Danish Girl.”

This group is the exact opposite of the radical formal and political values of ‘90s New Queer Cinema: it’s assimilationist, sexless and ideologically middle-of-the-road. Shall we call it “New LGBT Cinema”? (Its politics can be summed up by the fact that “Stonewall” director Roland Emmerich thinks “straight-acting” is a compliment and uses it without irony.) While these films seem largely aimed at heterosexuals, “Freeheld” and “Stonewall” were outgrossed by the far more uncompromising“Tangerine.” If not for an ending full of mixed messages, “The Danish Girl” could have been the best of this admittedly dubious group.

In 1926 Copenhagen, Einar (Eddie Redmayne) and Gerda Wegener (Alicia Vikander) are both painters. Einar’s career is going better than hers. However, their marriage begins to evolve when Einar develops a fondness for women’s clothes. He quickly starts to dress as a female alter ego called Lili and poses for Gerda’s paintings in drag. Gerda’s new style and subject matter takes off, but she doesn’t realize that Einar is transgender: Einar really is Lili. Lili quickly exhausts the possibilities for help offered by ignorant doctors, but the couple moves to Paris in search of more open-minded surroundings.

Many trans people find the casting of cisgender actors as trans characters as offensive as blackface. One doesn’t have to go that far to be dismayed when minstrelsy like Jared Leto’s performance in “Dallas Buyers Club” wins awards while trans actors not named Laverne Cox are largely out of work. There’s something screwed-up when “Tangerine” gets called revolutionary simply for casting trans actresses as trans women. Eddie Redmayne does seem to have done his homework, but his performance is most convincing when Lili seems neither fully male nor female. (Two gay-bashers pick up on this quality and are driven to violence by it.) The film could have made a political statement by casting a trans actress as Lili, but I’m not sure if she could pull off the scene in which the character poses nude in front of a mirror and gazes at her male chest and genitals in disgust. This is yet another story of transition; one wonders why so many narratives about transgender people focus on this stage of their lives, just as coming-out stories about gay men and lesbians flourish.

Hooper has tamed the visual eccentricities that made “The King’s Speech” so grating to watch, although he’s also gotten rid of the hints in “Les Misérables” that he might be developing a personal style. The look of “The Danish Girl” is much calmer: lots of close-ups, and the occasional long-shot picture-postcard vista of a city. When Lili and Gerda go to Paris, there’s an obligatory image of the Eiffel Tower, because the city just wouldn’t be recognizable without it!

One thing that distinguishes “The Danish Girl” from films like “The Imitation Game” is that it’s not afraid of sex and nudity. “The Imitation Game” depicted an Alan Turing who spent all of World War II chaste and celibate. Basil Dearden’s “Victim,” made before homosexuality was decriminalized in the U.K., might actually be more daring in its portrait of gay characters.  The strongest element of “The Danish Girl” may be its acknowledgement of the sensual world. When Lili puts on makeup, one senses her delight on her eyes and lips. Her relationship with Gerda is honestly sexual. Her enthusiasm for the possibility of gender confirmation surgery is also something she feels in her flesh.

Here,  the film goes drastically awry. I can’t go into details without giving away the ending. I will just say that a plot development intended to be dark and romantic just seems clichéd and stereotypical instead. “The Danish Girl” obviously wants to be a story about a woman striving for freedom in a dangerous world, but it’s not as liberal as it thinks it is.