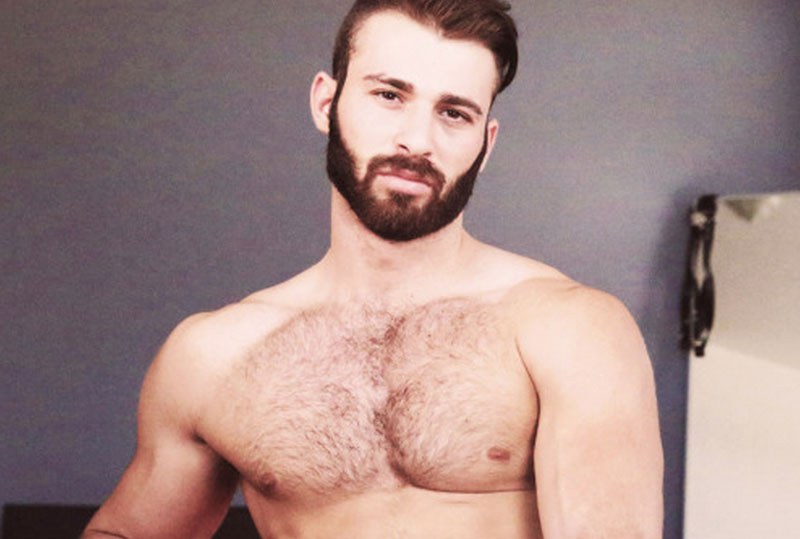 Brank was extorting Burns, by threatening to out him for soliciting other escorts for sex (already an open secret). Burns, a Republican who has donated to Democratic candidates and LGBT causes, while not entirely out, was not shy about being accompanied at high profile events with beautiful young men from the seancody.com gallery of models.

Brank was sentenced Tuesday to 70 months in federal prison and ordered to repay $500,000 to Burns, according to the U.S. attorney’s office in Los Angeles.

Burns allegedly met Brank when he several times paid him between $1500 and $2000 for sex. Later Burns paid Brank in advance to arrange sexual encounters with other escorts but Brank failed to deliver. When Burns protested and demanded the money back Brank in turn grew hostile, sending threatening texts: “I’m feeling evil right now, I can bring your house down….Lies can be made or maybe it’s the truth…Money won’t wash away what people will read and see of you. Wow I guess I hold the cards right now.”

Burns’ lawyers engaged the FBI. Brank agreed to meet a man at Starbuck’s in El Segundo whom he believed to be a representative of Burns. The man, an FBI undercover officer, gave him the title to the car. Brank followed the representative to the parking lot to confirm that the trunk of the car contained one million dollars in cash he was also expecting. He was arrested on the spot and a fully loaded weapon was found in the car in which he arrived at Starbucks.

Brank, even today, claims the relationship was consensual and that he stold nothing. He claims he accepted offers of support, including the 200,000 dollar car and cash, that were initiated freely by Burns.

He has also accused Burns of making violent threats, raping him and of having sex with minors. Brank also claims his identity is confused with another person.

Brank had been facing up to 53 years in prison.

Of course, he’s still nice to look at (thanks, Unicorn Booty):