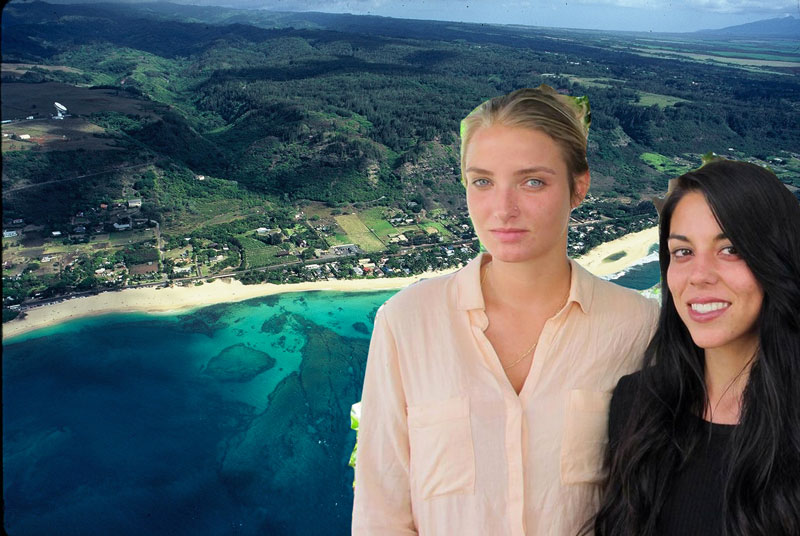 Courtney Wilson and Taylor Guerrero just wanted a little rest and relaxation so they decided to vacation in what they thought was paradise.  They flew from Los Angeles to Hawaii in March and landed in hell on aisle two at Foodland Pupukea instead.

While shopping Wilson and Guerrero were holding hands, hugging each other and kissing in the store, prompting a homophobic cop to arrest and jail them.

In a federal lawsuit filed Tuesday October 27, the couple claim Honolulu police officer Bobby Harrison, a 26 year veteran of the department, violated their civil rights, abused and harassed them before wrongfully arresting them.

“We were holding hands and I was kissing her cheek,” says Guerrero, when Harrison spotted them and began screaming at them from from the opposite side of the store.

“You girls can’t do that in here,” Harrison shouted. But the pair proceeded with their shopping and tried to ignore the off duty uniformed officer. “Take it somewhere else,” he said.

Approaching them while they were in the checkout line Harrison and a store employee threatened them with trespassing. Wilson, alarmed at the aggression, called the police.

While Wilson was talking to 911, Harrison hit and grabbed her arm. At that point Guerrero attempted to intervene and the officer stepped up his aggression, pushing the pair with his belly. “I got punched in the face by him,” Wilson said. “I split my nose open. We were on the ground.”

Employees of Foodland were ordered to pin the pair to the floor until someone found plastic handcuffs or zip ties to use as handcuffs.  Wilson says they were taken to the basement of the store and there they were verbally harassed. The couple were asked “if it was worth it, if we were happy where we are.”

“We were just shocked that it all happened.”  They were arrested for assault (of an officer), jailed and forced to post bail. The only money they had available to them was what they had brought for the expenses of the trip and all of it was used to secure a 1,300 dollar bail bond.

Broke and not allowed, as a condition of their bail, to leave Oahu they wound up sleeping in a park.

Prosecutors dropped the case after several months but now the couple wants justice.

“I just think that what he did was absolutely wrong without a doubt,” Wilson said. “I just really want an example to be made.”

Harrison is currently the subject of an internal investigation due to the case.