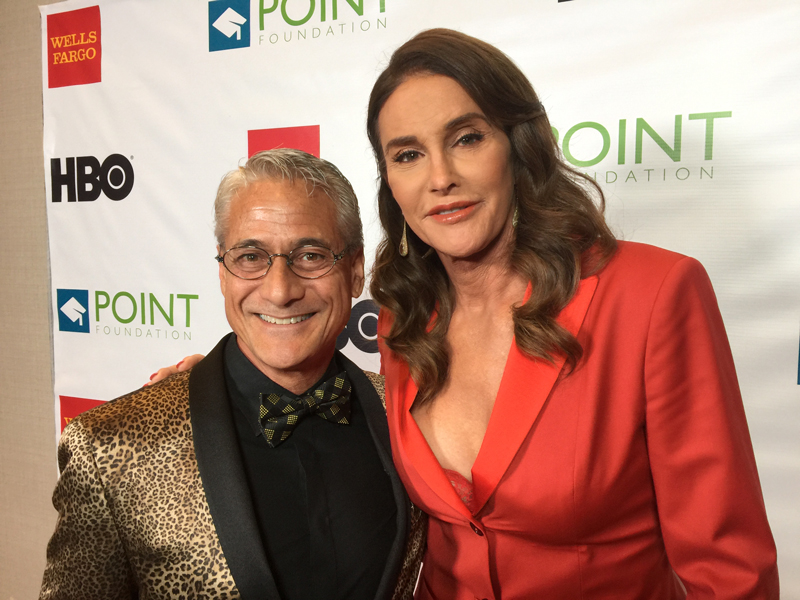 Olympic Legends Caitlyn Jenner and Greg Louganis greet one another for the first time at The Point Foundation’s Voices On Point 2015 Los Angeles Gala fundraiser on October 5, 2015.

Throughout the night, Point scholars and alumni shared their own moving, personal stories, reflecting on Point’s ability to empower promising LGBTQ students through financial assistance, mentoring and leadership development programs and opportunities. Since 2001, Point has invested more than $18 million in the education and support of Point Scholars.

By thepridela October 9, 2015
in IN PICTURES, NEWS
Related Posts